They get the fact the country will be decimated if there are open borders. That’s what they want and the point. The left has spent decades trying to bring the United States down.

Soros is one of the most evil men in the world. He lives to cause other people misery. The evidence is pretty brutal, but all we have to do is follow the money behind so much global mischief these days to find George Soros at the bottom of it. 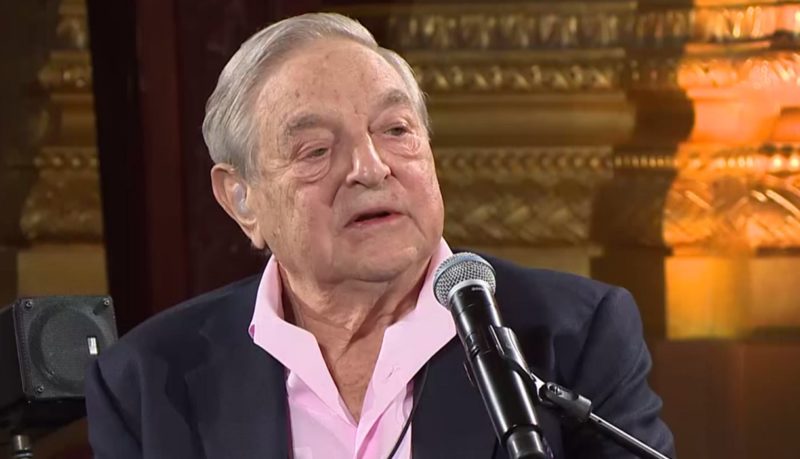 Daily Caller: Leading activist groups backed by pro-open borders financier George Soros are demanding that congressional Democrats obstruct any measures that allow the administration to enforce existing immigration law, even if they come as part of a package granting amnesty to more than 800,000 “DREAMers.”

Soros-backed “resistance” group Indivisible is partnering with the National Immigration Law Center and United We Dream to increase pressure on all congressional Democrats, but especially House Minority Leader Nancy Pelosi and Senate Minority Leader Chuck Schumer, whom the activists criticize for having a “cozy relationship with Trump.”

The activists are organizing phone call campaigns this week to pressure Democrats to reject any DACA legislation that includes funding for border security measures.

Both the NILC and United We Dream list the Open Society Foundations — Soros’ stated vehicle for progressive social change — as one of their key financial backers. Soros, a U.S. citizen who once admitted he considers himself “some kind of god” and has referred to national borders as an “obstacle,” uses OSF to influence immigration policies on a global scale. More