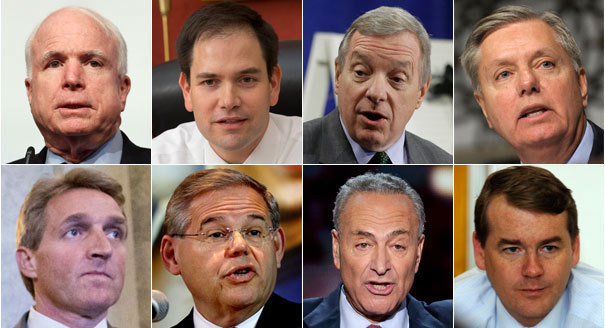 Soros has more money than he knows what to do with… He is trying too buy the government and seems to be successful at it.

Left-wing billionaire George Soros’ non-profit network, the Open Society Foundations (OSF), is confident about the future success of its work in the field of immigration activism and may embark on a massive campaign on immigration issues in the near future.

That’s according to a candid 62-page document reviewing OSF’s work on immigration reform discussed in May at the group’s board meeting in Montgomery, Ala.

The document, which is one of 2,500 stolen from OSF in a massive hack and released over the weekend, shows that the Soros group believes that its $7.7 million investment in groups pushing for immigration reform was responsible for the passage of the Senate’s 2013 comprehensive immigration reform bill.

The bill, which was introduced by a bi-partistan group of senators known as the “Gang of Eight,” passed the upper chamber 68-32.

After an attempt at comprehensive immigration reform failed in 2007, OSF began investing heavily in a campaign “to enable the field to create the necessary conditions to security [comprehensive immigration reform]within five years.”
To achieve that goal, the Soros network’s U.S. Programs Advisory Board authorized the creation of the Immigration Innovation Fund. Soros committed $15 million over the course of three years to fund the initiative.

Spotting an opportunity in the wake of President Obama’s first amnesty executive action — Deferred Action for Childhood Arrivals, which was announced in June 2012 — OSF mobilized to form a coalition of activist groups and labor unions operating under the name Alliance for Citizenship (A4C).

OSF gave A4C $4.7 million through April 2014 to act as a coordinating cody and a “conduit for pass-through funding.” Soros’ groups spent $7.725 million in all in 2013 to support immigration reform.

According to Suriyopas, that spending was integral to getting immigration reform passed in the Senate.

“OSPC’s significant investment in CIR, and A4C specifically, led to the passage of a historic bipartisan bill through the Senate,” the document reads. More

CNN Edits Out Call For Violence From Shooting Victim's Sister