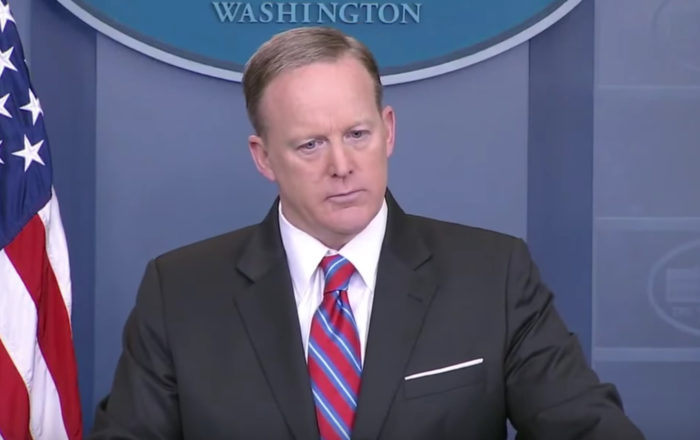 April Ryan clearly had an agenda and was out of line with her question! Seeing Sean Spicer in action is delightful!

Sean Spicer goes at it with a black reporter who keeps shaking her head at him…April Ryan tried to race bait and it just didn’t work! Ya gotta love Sean Spicer!

Ryan asked about a meeting with former secretary of state Condoleezza Rice, someone who hasn’t supported Trump. Spicer responded:”It’s interesting that you ask those two questions back to back. On the one hand, you’re saying what are we doing to improve our image? And then here he is once again meeting somebody that hasn’t been a big supporter of his. … It seems like you’re hellbent on trying to make sure that whatever image you want to tell about this White House stays. … I’m sorry, please stop shaking your head again.”

‘Nosy’ Is An Air Purifier That Fits Over Your Nose — No, This Is Not Satire
March 8th, 2021 Clash Daily

Young Cheerleaders Cursed Out Because of ‘Their Privilege’ By BLM Protesters (Videos)
March 7th, 2021 Flag And Cross