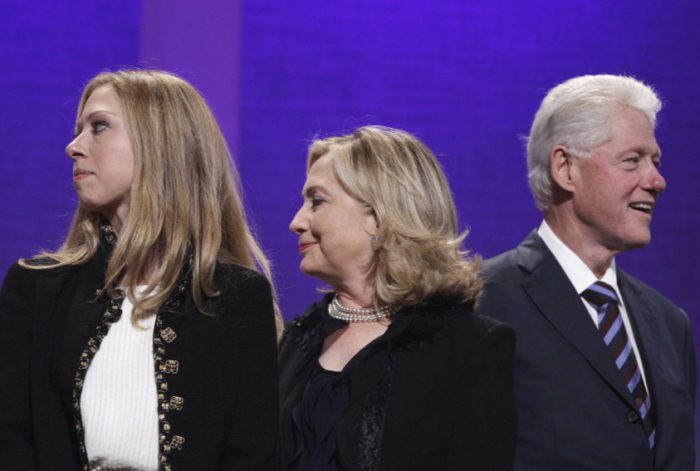 In exchange for a private jet ride for Bill… Well this is not surprising at all. When Bill was president, the Clinton’s sold overnight stays at the White House in the Lincoln Bedroom for favors and it is still paying off for them too.

Trump owns his own jet. Not bought or paid for by anyone other than him.

Ever wonder how to get a ride on a private jet? The Clintons figured it out pretty well while Hillary Clinton served as Secretary of State, as the New York Times explains today. New e-mails emerging from a FOIA lawsuit brought by Judicial Watch explain how Bill Clinton got the use of Dow Chemical’s private jet by having the Clinton Foundation and Bill himself arrange a one-on-one meeting with Hillary for its CEO and major donor through Huma Abedin at the State Department.

The emails released by Judicial Watch also include discussions about meetings between Mrs. Clinton and a number of people involved in major donations to the Clinton Foundation.

In one exchange in July 2009, Ms. Abedin told Mrs. Clinton’s scheduler that Mr. Clinton “wants to be sure” that Mrs. Clinton would be able to see Andrew Liveris, the chief executive of Dow Chemical, at an event the next night. Dow Chemical has been one of the biggest donors to the Clinton Foundation, giving $1 million to $5 million, records show.

Ms. Abedin arranged what she called “a pull-aside” for Mr. Liveris to speak with Mrs. Clinton in a private room after she arrived to give a speech, according to the emails, which did not explain the reason for the meeting. More