State Dept: Hillary Didn’t Turn Over Emails Between Herself And Obama 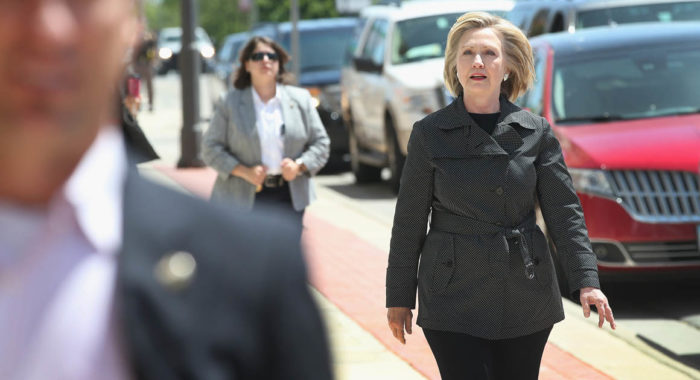 But didn’t Hillary claim she has turned over all the emails? Why is the state department just now reporting that she didn’t turn over emails with Obama?

State Department spokesman Mark Toner said on Friday that emails between Hillary Clinton and President Obama will not be made public due to “a concern.”

An email belonging to Clinton campaign chairman John Podesta that were released by WikiLeaks showed Podesta and Clinton’s chief of staff at the State Department, Cheryl Mills, discussing what to do with emails that were between Clinton and Obama. Podesta suggested that the emails be held back and asked Mills if they should ask the Obama administration to classify it as executive privilege.

A reporter asked Toner why these emails were not turned over and made public as they too would be government property and considered work-related.

“I believe with correspondence with the president there was, I don’t know if it was executive privilege, but there was a concern that those emails not be made public,” Toner said.

“Is there a reason why?” the reporter asked.

“Again, I don’t have the chapter and verse in front of me but I think it’s some form of executive privilege,” Toner said. “I’d have to get back to you on what the exact wording is.”

“I just don’t know what the rationale is that correspondence with the president has certain privileges and privacies, but I don’t have the exact chapter and verse in front of me,” Toner continued.

Leftists explode following Ginsburg’s death, threaten to “burn down” country and leave bodies in the street if Trump and GOP try to replace her
September 22nd, 2020 DC Dirty Laundry

State Dept: Hillary Didn’t Turn Over Emails Between Herself And Obama