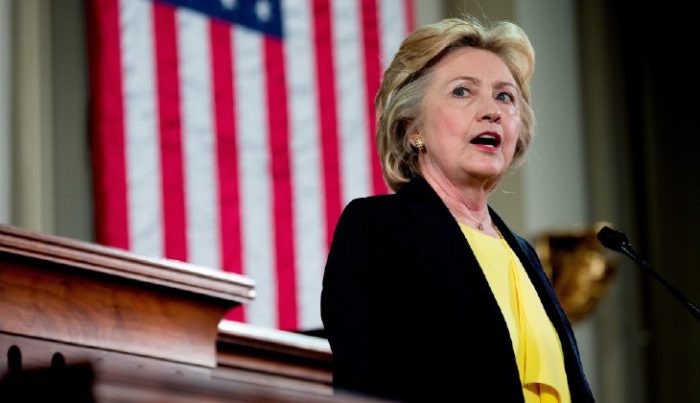 Do you remember that Hillary claimed to have handed over ALL of her work related emails? Well, she didn’t. She deleted some and the FBI recovered some of them.

State Department officials plan to publish all work-related emails discovered on Hillary Clinton’s private servers by the FBI once agents turn over the records Clinton withheld from the government.

“Just as we processed the material turned over to the department by former Secretary Clinton, we will appropriately and with due diligence process any additional material that we receive from the FBI to identify work-related records and make them available to the public,” agency spokesman John Kirby said Wednesday.

Clinton had previously stated her legal team provided everything that could possibly considered related to her State Department work to the agency in late 2014.

However, the year-long FBI investigation into her treatment of classified material discovered “several thousand” work-related records on the servers agents took into custody last year.

Clinton has yet to address the contradiction in her statement and the findings of the FBI.

Kirby did not provide a timeline of when the newly-uncovered emails would be available to the public.