Liberal judges took voter ID away in several states, these are the type judges Hillary Clinton would definitely appoint. A vote for Hillary tells the government corruption is okay with you.

Here’s an ad FieldWorks put on their Facebook page: 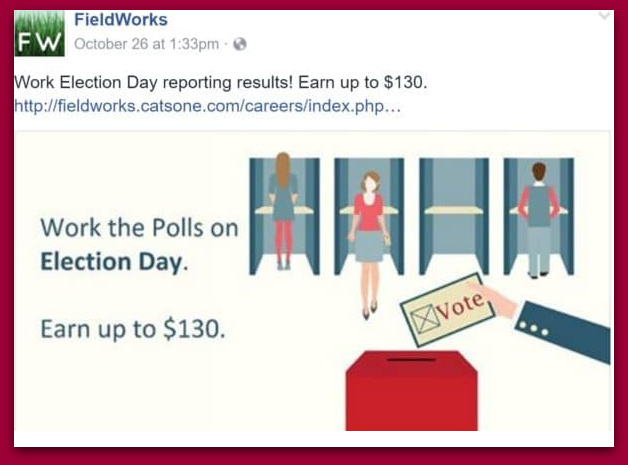 In a warrant filed late last week in County Court, investigators said they were seeking documents, financial information, and lists of employees at the Norwood office of FieldWorks LLC, a national organization that often does street work for Democrats, records show.