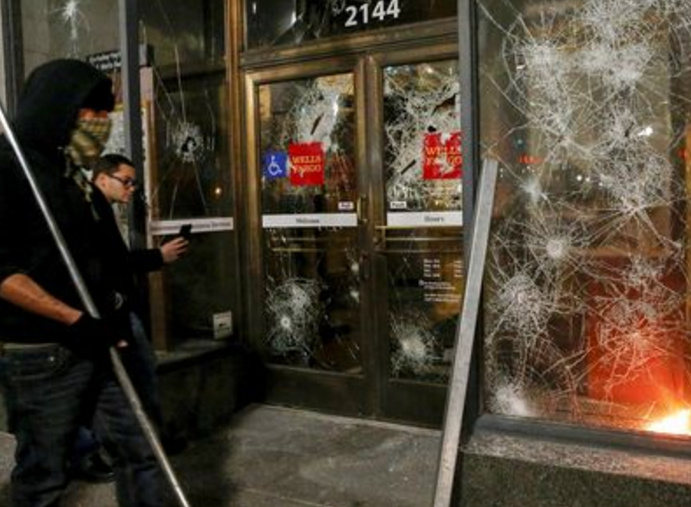 There’s a new sheriff in town…

Republicans in statehouses across the U.S. are devising legal tools to regulate public dissent as demonstrators take to the streets to protest President Donald Trump in waves not seen since the Vietnam War.

At least 10 bills to limit protests have been introduced in recent months. North Dakota is considering protection for motorists who unintentionally kill protesters blocking roads. Washington state Senator Doug Ericksen would punish those who “disrupt our economy.” Next week, North Carolina Senator Dan Bishop will call for imprisoning people who intimidate ex-officials, after former Governor Pat McCrory was pursued down a Washington, D.C., alley by a group chanting “Shame!”

“That extends over the borderline of decency,” Bishop said in an interview. Though such demonstrators are “constitutionally entitled” to express their views, he said, they aren’t free to threaten violence.

Many of the bills, which critics say impinge on constitutional freedoms, were filed before Trump’s election in response to Black Lives Matter and oil-pipeline protests. They’ve gained fresh relevance amid global women’s marches and nationwide airport demonstrations over Trump’s immigration ban. On Wednesday night, black-clad protesters set fires and smashed glass at the University of California at Berkeley, forcing the cancellation of a speech by a conservative writer.

Trump has expressed disgust with the displays, saying Thursday in a Twitter message that he might cut federal funds to Berkeley.

“Professional anarchists, thugs and paid protesters are proving the point of the millions of people who voted to MAKE AMERICA GREAT AGAIN!” Trump wrote on Twitter on Friday. More