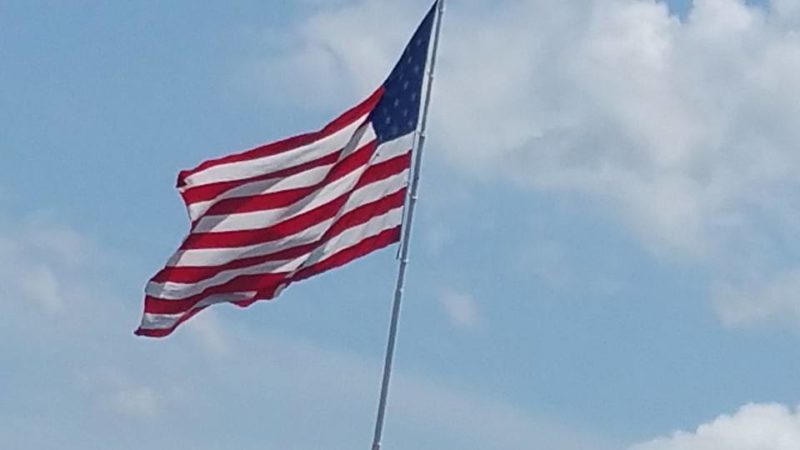 The day after the election, some people at Hampshire College reacted to news of Donald Trump’s victory by calling for removal of the American flag at the center of campus, saying it was a symbol of racism and hatred. That night, some lowered it. And the following night – sometime before dawn on Veterans Day – people burned it.

The flag was quickly replaced, but the college board announced it would be flown at half-staff, “both to acknowledge the grief and pain experienced by so many and to enable the full complexity of voices and experiences to be heard.”

Lowering the flag to half-staff offended many, and the backlash was immediate, especially from veterans and military families who saw it as disrespectful of the tradition of national mourning.

On Friday, Lash told the campus community that its efforts to convey respect and sorrow had had the opposite effect, and announced that the college would remove the flag entirely.

He said there is a tremendous range of views on campus, “people for whom the flag is a very powerful symbol of fear they’ve felt all their lives because they grew up as people of color, never feeling safe – and people for whom it’s a symbol of their highest aspiration for the country.”

Dissent over the flag’s meaning has intensified nationally in recent months, with some seeing it as a symbol of unity and pride, and others as one of oppression. Lash said he was trying to find a way to allow the community to have a direct, open, respectful conversation about those contradictory ideas. He hopes removing the symbol will free people up to talk. More

SHARIA IN AMERICA? How Minneapolis Muslims Are Still Being Recruited By Terrorists