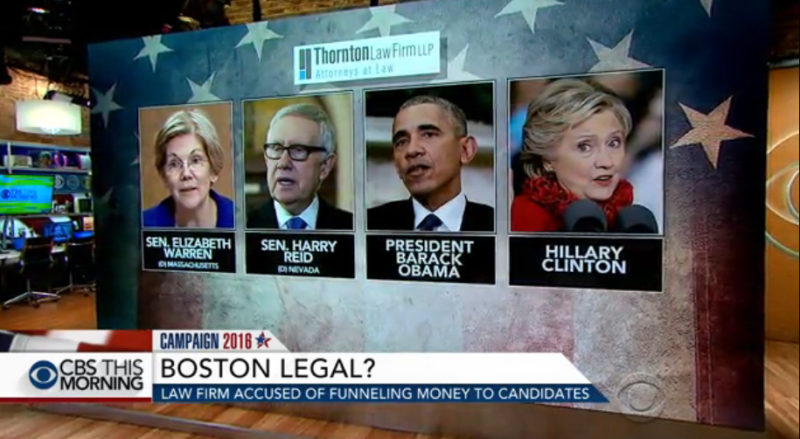 They could have given unlimited sums to a super PAC.  Now these ding-dongs are going to face some serious charges and have soiled the reputations of the ones they wanted to help.  Morons!

Hillary Clinton’s campaign is returning thousands of dollars in donations linked to what may be one of the largest straw-donor schemes ever uncovered.

A small law firm that has given money to Sen. Elizabeth Warren, Sen. Harry Reid, President Obama and many others is accused of improperly funneling millions of dollars into Democratic Party coffers. The program was exposed by the Center for Responsive Politics and the same team of Boston Globe investigative reporters featured in the movie “Spotlight.”

But according to the firm’s own documents – leaked by a whistleblower — days or even hours after making these donations, partners received bonuses matching the amount they gave.

“Once the law firm knew that we had these records, they didn’t deny that this was the case,” said Scott Allen, Boston Globe’s Spotlight editor. More

Time: “America Is Better Without Borders”