Student Attacked At School After Posting Support For Trump 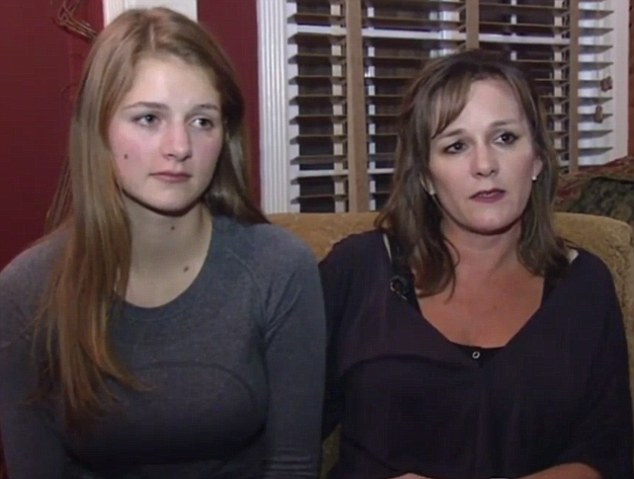 And these are the same people shouting “Loves Trumps Hate” and are violently protesting his win. This student didn’t deserve to be attacked for showing her support.

A high school student was attacked by a classmate in the school yard after sharing her support of Donald Trump on Instagram.

Jade Armenio, a sophomore at Woodside High School in Redwood City, California, shared her view on the social media site on Tuesday night alongside millions of others.

In the post, the teenager, who cannot yet vote, said she hoped the Republican candidate would win.

She was attacked on camera the following day by another student who grabbed her hair and threw her to the ground after Trump’s election victory.

Jade said every one of her friends on social media had shared their views online as the election unfolded on Tuesday.

The next day a female classmate approached her and asked: ‘Do you hate Mexicans,’ before slamming her to the ground.

‘This girl come up to me and said “do you hate Mexicans?”‘

‘I said “no” and she said “you support Trump, you hate Mexicans,”‘ she told ABC.

Jade was hit in the face and dragged to the ground by her hair before being left with a bloody nose.

Footage of the attack was taken on another student’s cellphone. In it, she could be heard screaming.

The student’s mother said she would be keeping her out of school until they could be sure she was safe.

Jade also claimed she had received hate mail since sharing the post.

The school said in a statement that it had investigated the incident and taken appropriate disciplinary measures.

Its principal was not available on Thursday afternoon when contacted.

More than 6,000 people took to the streets of Oakland, less than 40 miles from Jade’s school, to demonstrate against the President-elect.

In Los Angeles others marched in anger against the shock result. More

Actress Wants To ‘Take Out’ Trump Supporters With Baseball Bat

Student Attacked At School After Posting Support For Trump