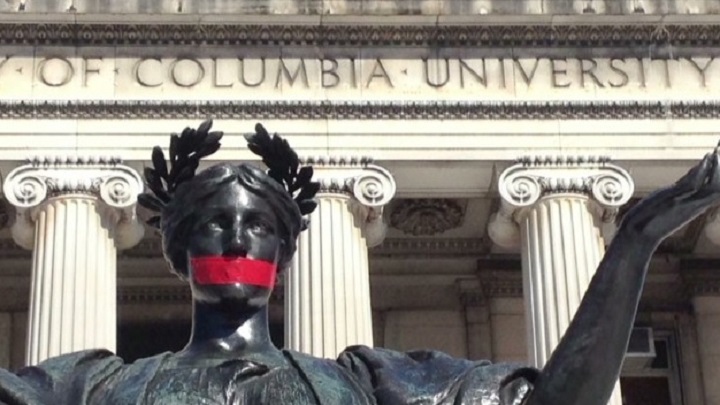 These morons subscribe to the bigoted train of thought that only heterosexaul white males are capable of actually being racist. My question is have these terrible straight white guys done anything to justify this feeling towards them, or are they just heterophobic?

A student council at Columbia University unanimously approved a resolution calling for spaces on campus reserved exclusively for LGBTQ and minority students.

In fact, according to a copy of the resolution obtained by Campus Reform, the Columbia College Student Council (CCSC), which represents one of Columbia’s many undergraduate colleges, explicitly calls for a segregated room for “more institutional support, staff, resources, funding, and space for LGBTQ+ students, students of color, and those who hold combinations of these identities.”

The proposal calls for several accommodations in the reserved space, including a “mounted television,” “resources that could accommodate computers,” “bookshelves,” and more.

Meanwhile, the resolution demands a similar space for LGBT students, noting that “Columbia’s LGBTQ+ communities are relatively underserved compared to those our peers institutions,” making Columbia “one of two Ivy League institutions without an official LGBTQ+ student center.”