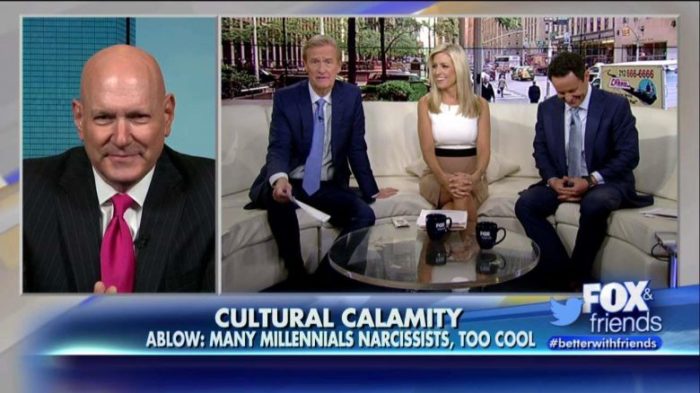 This is just ridiculous. Millennials need to grow up and get with the program. And their parents need to stop enabling them.

For the first time on record, living with parents is now the most common arrangement for people ages 18 to 34, according to a new study by the Pew Research Center.

Dr. Keith Ablow said on “Fox and Friends” that this can be attributed to a weak economy and a lack of jobs, plus the fact that many millennials are too wrapped up in their own worlds to strike out on their own.

He asserted that whether it’s smartphones, social media or actual drugs like marijuana, many millennials are primarily concerned with “getting high.”

He claimed there’s a sense of narcissism and entitlement among millennials, which he said has been stoked by both the Obama administration’s policies and popular culture.

Do you agree with Dr. Ablow’s assessment?