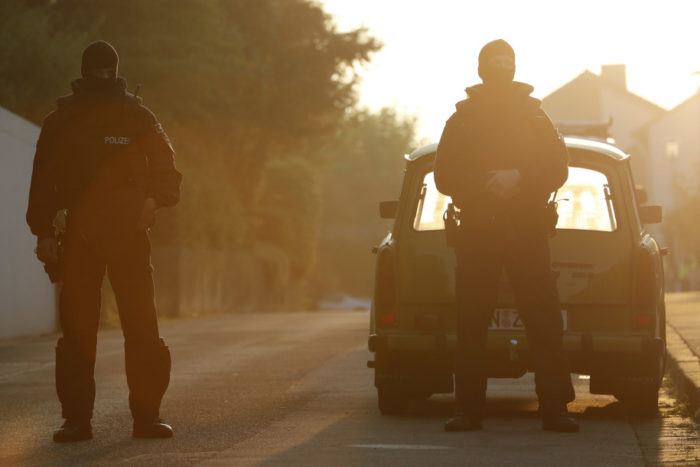 This isn’t surprising is it? The suicide bomber was a refugee and a video was found on his phone of him pledging his allegiance to ISIS.

The Syrian refugee who killed himself and wounded 15 people in a suicide bombing at a German music festival on Sunday used his cell phone to record a pledge of allegiance to ISIS leader Abu Bakr al-Baghdadi during the attack, officials said.

Carrying a bomb-laden backpack, the 27-year-old suspect tried to enter the concert at Eugene’s Wine Bar around 10 p.m. Sunday in the southern city of Ansbach, but was rejected by security personnel because he didn’t have a ticket, officials said.

The suspect, whose name has not been released, then detonated the explosives. Officials said he had twice attempted suicide and was currently under psychiatric care.

Bavarian authorities Monday said they had recovered the bomber’s phone video showing that he had pledged allegiance to the Islamic State.

ISIS on Monday claimed responsibility for the attack, which was carried out by “one of the soldiers of the Islamic State,” according to the ISIS-linked Aamaq news agency.

The news outlet added that the bomber had carried out the attack in response to calls by the group to target countries of the U.S.-led coalition that is fighting IS.

Germany’s top security official, Interior Minister Thomas de Maiziere, had said it was too early to rule out terrorism as a motive.

“Or it could be a combination of both,” de Maiziere said.

The bombing was the latest of the recent attacks that have heightened concerns about how Germany can deal with the estimated 1 million migrants who entered the country last year. Those fears had waned as the numbers of new arrivals had slowed this year dramatically, but already the nationalist Alternative for Germany party and others have seized on the attacks as evidence that Chancellor Angela Merkel’s migration policies are flawed. More