Request? How about a subpoena? If she doesn’t show up, send the Capitol Police to pick her up and deliver her to the Senate?

WZ: Gee, wonder why she wouldn’t testify and explain why she unmasked Trump team? Couldn’t be because of spying and not wanting to have to testify under oath about it, could it?

Daily Caller: Susan Rice has denied a request to testify in front a Senate judiciary subcommittee next week on Russian interference in the U.S. presidential election. 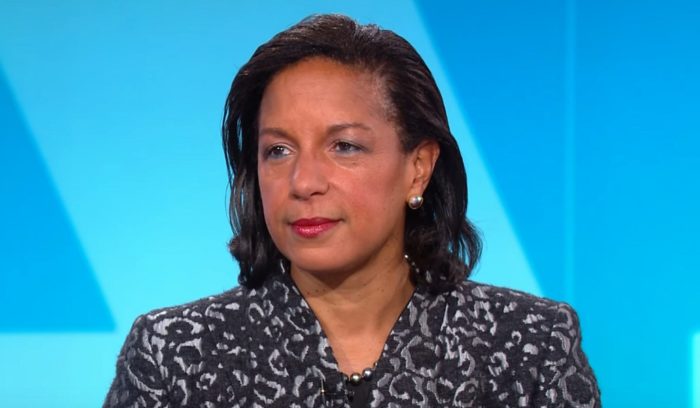 According to CNN, Barack Obama’s national security adviser denied a request from Sen. Lindsey Graham to participate in the hearing in a letter this week. More

THE LETTER FROM RICE’S LAWYER:

I write on behalf of my client, Ambassador Susan E. Rice, in response to Senator Graham’s invitation to Ambassador Rice to testify at a May 8, 2017 hearing before the Senate Committee on the Judiciary, Subcommittee on Crime and Terrorism entitled “Russian Interference in the 2016 United States Election.”

While Ambassador Rice commends the Subcommittee’s efforts to examine this matter of extraordinary national significance, it is extremely rare for the Congress to request the testimony of a former senior advisor to the President given the longstanding and well-recognized separation of powers concerns at issue. Moreover, Chairman Graham’s invitation was extended only after the hearing was noticed, less than two weeks before the hearing was scheduled to occur, and without consultation with Ambassador Rice, a professional courtesy that would customarily be extended to any witness. Notwithstanding the significance of these concerns, Ambassador Rice is prepared to assist Congressional inquiries into Russian election interference because of the important national interests at stake, provided they are conducted in a bipartisan manner, and as appropriate, in classified session.

Again, and as Ambassador Rice has stated publicly, she supports and is committed to assisting the bipartisan Congressional inquiries into Russian interference in the 2016 election, given the utmost importance of this matter to our national security.

Please contact me if you have any questions. Sincerely,

Cartoon: Shooting Themselves In The Foot