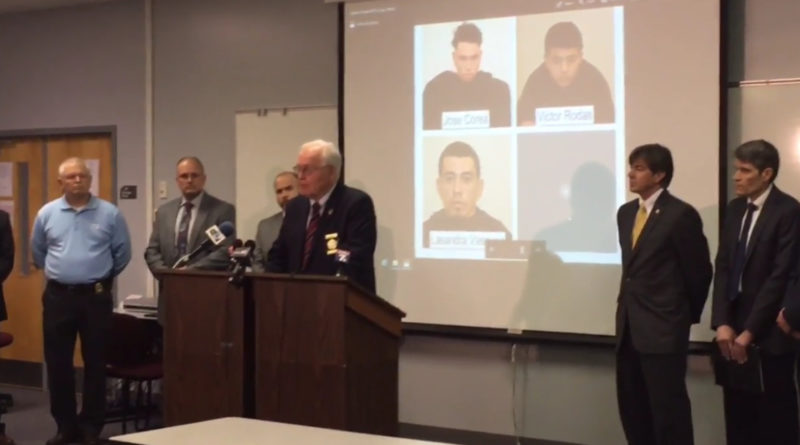 Unaccompanied minors… More blood on the hands of Obama. If you’ll recall, these are the “children” he picked up at the border in 2014 and flew them to wherever they wanted to go in the USA.

All three are undocumented immigrants and were arrested by U.S. Immigration and Customs Enforcement on Tuesday after initially being detained by the Bedford County Sheriff’s Office, according to an ICE spokesperson. Rodas and Posada-Vazquez had been living in Lynchburg.

All three are members of the gang MS-13, Brown said, which is made up mostly of Salvadoran nationals or first-generation Salvadoran-Americans, as well as other Central and South American immigrants.

Brown said Wood’s death was not random and is connected to “narcotic-related activity.” More