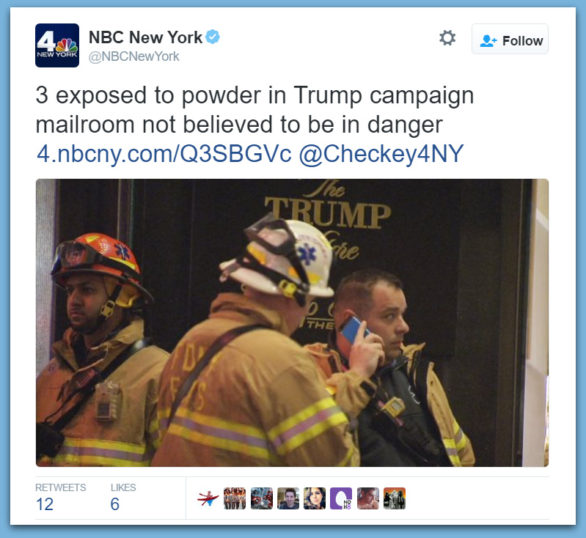 Samples were taken, however, from the scene for further testing.

According to the NYFD, the first responders were called to the Fifth Avenue hi-rise around 8:15 p.m. More

White House: "Professor Obama Take Obstructionists In The Senate Back To School"