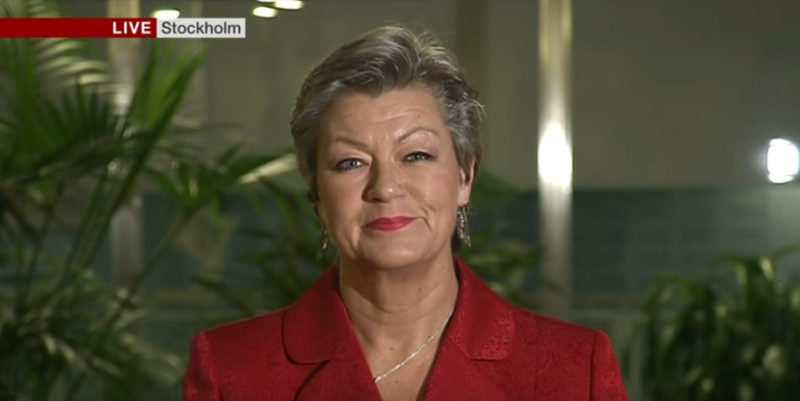 A Swedish minister is forced to apologize for falsely claiming the number of sex attacks in the country is decreasing.

Forced to apologize? She should be forced out, and charged with putting Swedish women at risk! Liberals are experts at lying and denying the truth.

The majority of Swedes don’t want this. Their government has enacted laws that if they speak out against this invasion they go to jail, and are heavily fined and face job loss. And are branded a neo-nazi racist.

Why do politicians want to do everything possible to protect these monsters while not looking out for their own people? It’s just baffling…

It turns out that the Democratic talking points they tried to bash Trump’s claims about problems in Sweden were based on lies.

But what else is new?

Remember that smug denial of Trump’s claims that Sweden has gotten a little ‘rape-y’ since they threw open their doors to refugees?

Guess who was right… again?

A Swedish minister has admitted she was wrong after claiming the number of sex attacks in the country had decreased.

The remarks came after former UKIP leader Nigel Farage claimed last month that the city of Malmo was ‘the rape capital of Europe due to EU migrant policies.’

…’It was wrong of me to speak of a development that was only based on one year. The preliminary figures for 2016 unfortunately show that the figures are on the rise. It’s important to be correct, of course.’

Johansson had earlier claimed that the number of rapes in Sweden was falling as she defended the country’s immigration policy in an interview with the BBC.

It’s the difference between ‘a blip’ and ‘a trend’. More