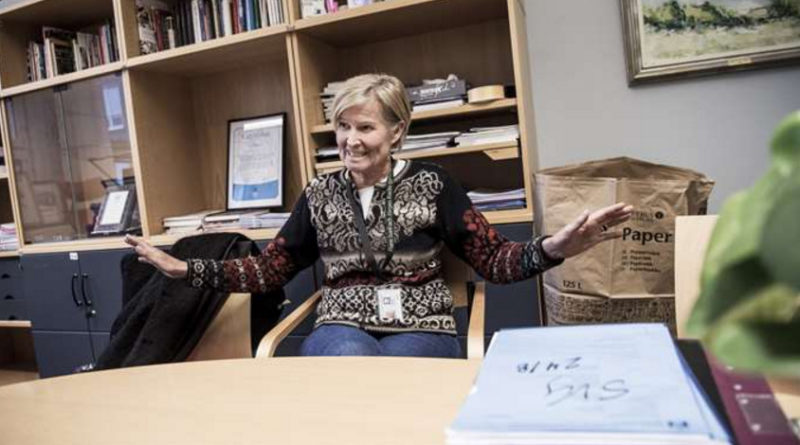 This is the real consequences of non-assimilation… The same thing is happening in Minnesota. But liberals are fighting tooth and nail to leave the floodgates opened to refugees who have absolutely no intention of assimilating.

Criminals who try to recruit immigrant students, drug dealing and massive brawls between different ethnic groups. This is the situation in Malmö, Sweden where they have opened their doors to a flood of unvetted refugees…

In 2015, Värnhem School received the “Peace Prize” for having received the highest number of newly arrived pupils (refugees or immigrants) in Malmö. Today, they find themselves in a very different situation, as security guards and barbed wire had to be installed in order to deal with the crime and violence brought into the school by unvetted refugees who are unwilling to assimilate.

According to students, on November 18 2016, a guy pissed in Värnhem school drinking fountain. He was angry because some guys of other nationalities looked at his girl. He confronted them and full chaos and fights erupted between newly arrived students from the Middle East and Afghanistan, whose relationship with the school long been tense.

More rushing up the stairs to the dining room to take part in the fight. The fight spread outside the school where a student gets attacked by several people and is so badly beaten that he had to be taken away by ambulance to the hospital.

A total of three fights break out at different times of the afternoon. In the end, the school administration in consultation with the police decided that the school should be closed.

About 2,000 students were forced to go home. The decision was made for the school to remain closed on Monday as well. Teachers need to regain control to ensure students’ safety.

Guards are present in the school, but the unrest still continues.
There is barbed wire and security guards.

On 11 January this year, press two security guards on the attack alarm then a sixteen year old and an age of eighteen shoved and threatened them with violence inside the school. When the police make the students resisted. The youngest of them punched one of the policemen.

In a short time grows Värnhem school from eight to 35 classes for students who recently arrived in Sweden.

The truth is, what is happening in Sweden is really no different that what is happening right here in the United States of America. Only 2 years ago, in St. Paul, Minnesota a massive fight broke out in the cafeteria, causing the entire school to be shut down. It was reported that the fight was a result of brewing tensions between Somali Muslims and black students.

Watch this unbelievable video showing riots breaking out in the Minneapolis South High School cafeteria. Would you like your child attending this school? More