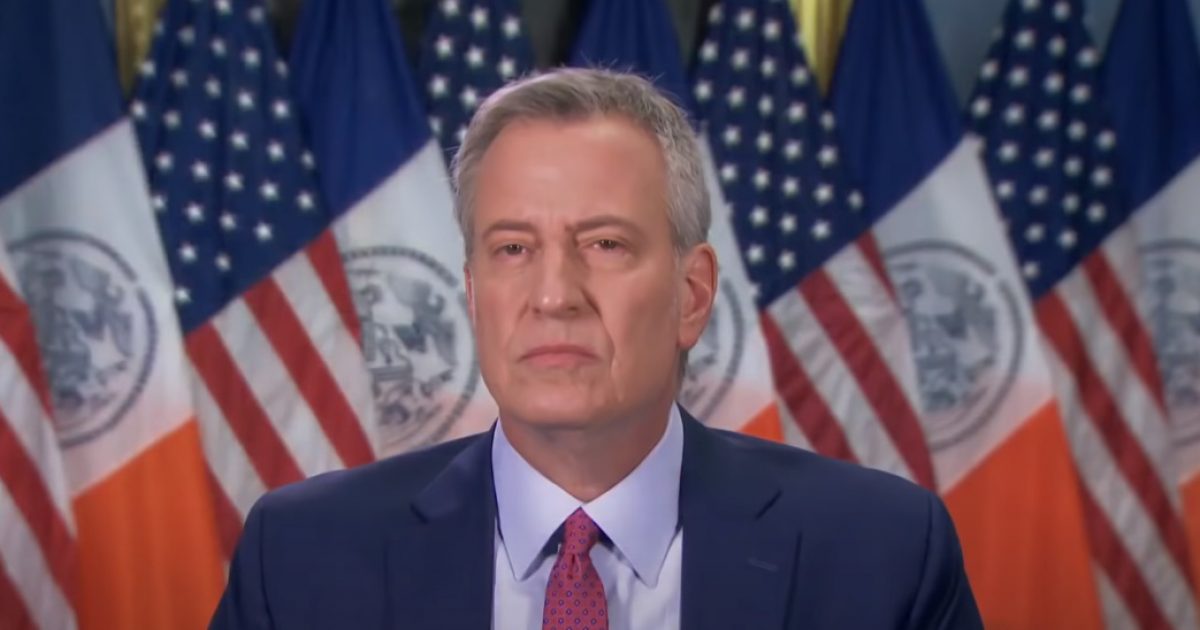 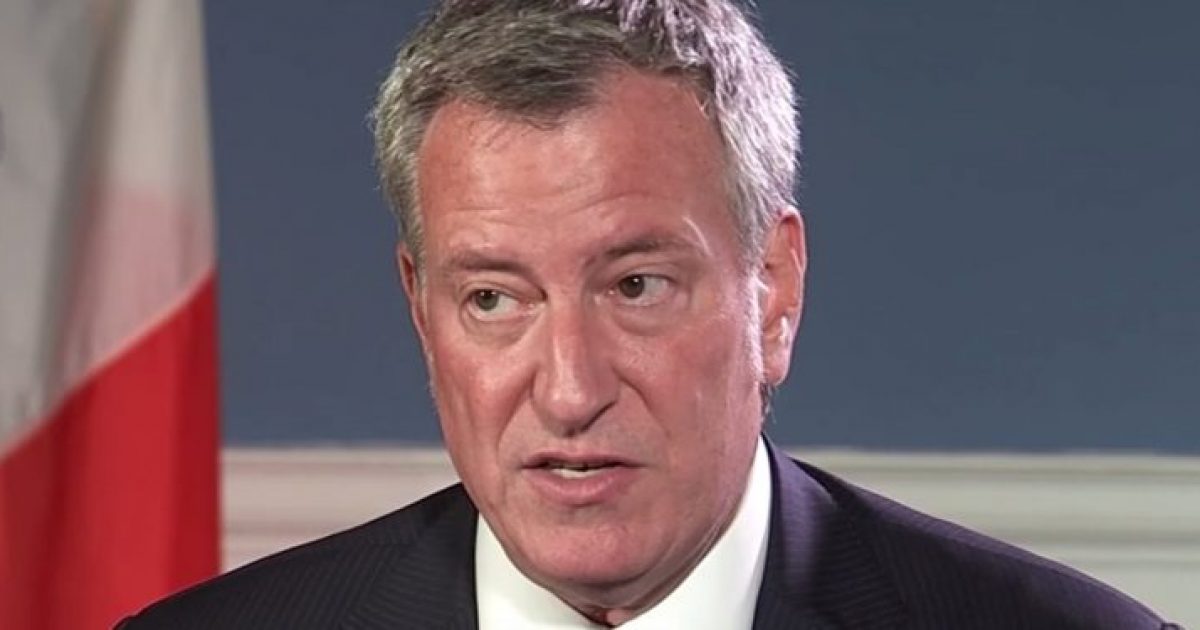 Mayor Bill De Blasio has come under attack for singling out the Jewish community for breaking social distancing when he travels 11 miles from his home to go for a walk in Prospect Park. The mayor has instructed police to arrest mourners at funerals and anyone gathering in large groups 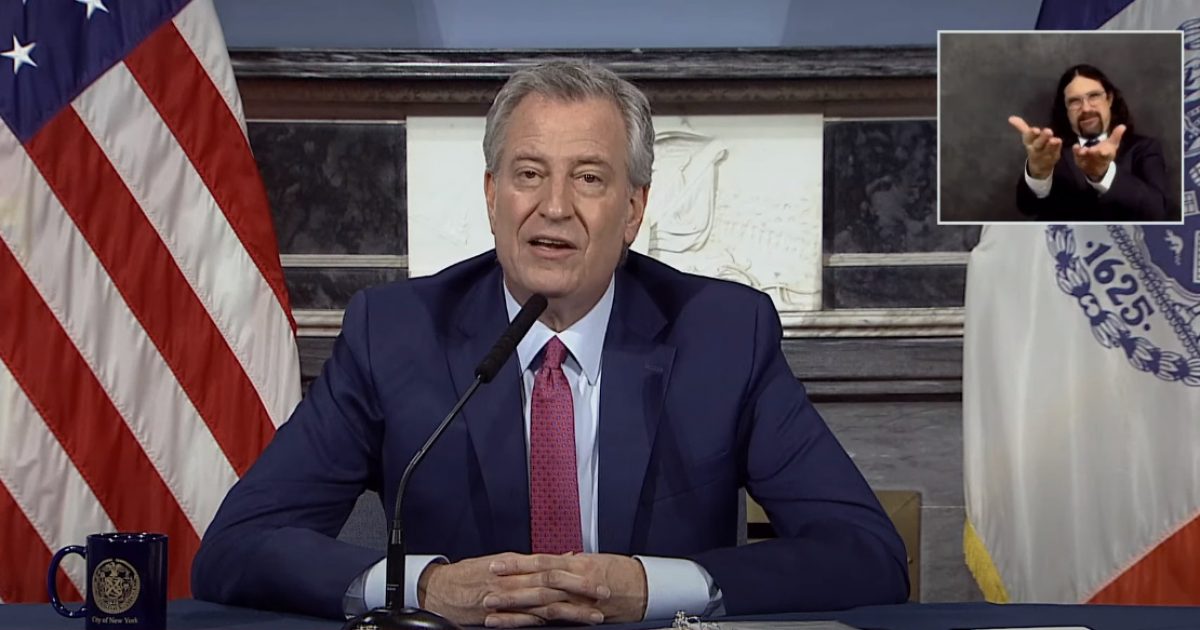 Mayor Bill de Blasio’s text hotline for New Yorkers to snitch on social distance violators is suspended after being bombarded with penis photos, Hitler memes. He’s clueless, he didn’t know this would happen? Plus they sent pictures of him breaking his own rules. De Blasio’s NYC snitch hotline suspended after being

New York Mayor de Blasio claims he was shocked after inmates released from Riker’s Island to slow the spread of the Coronavirus were caught committing new crimes. “I think it’s unconscionable just on a human level that folks were shown mercy and this is what some of them have done,” 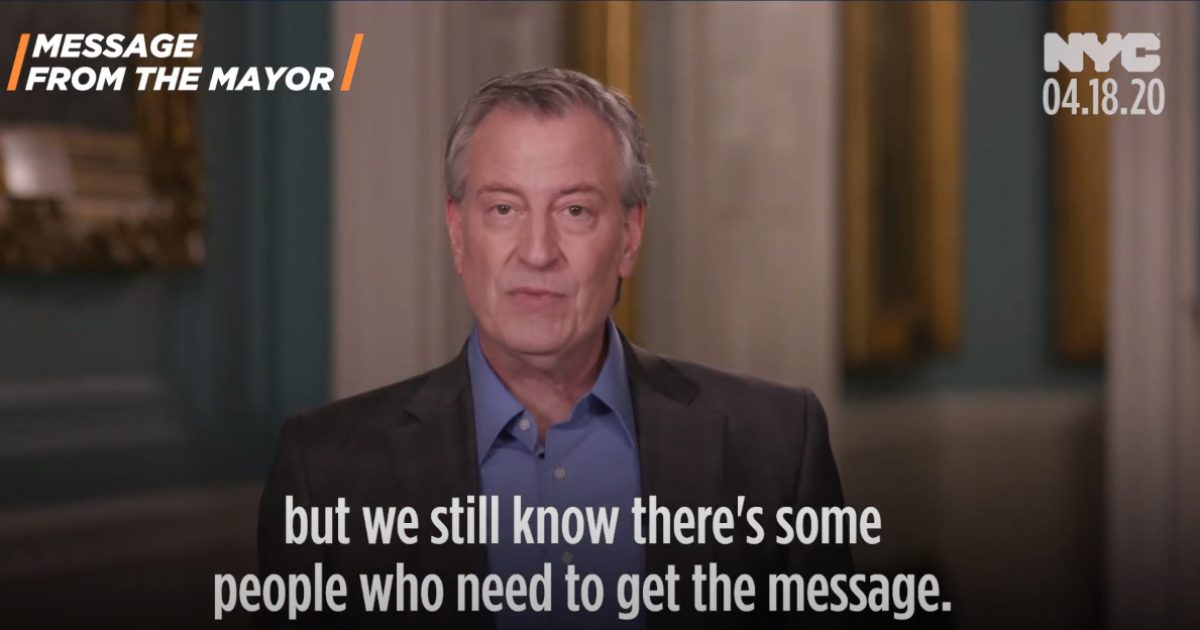 Mayor Bill de Blasio: Here’s How You Can Report On Your Neighbor 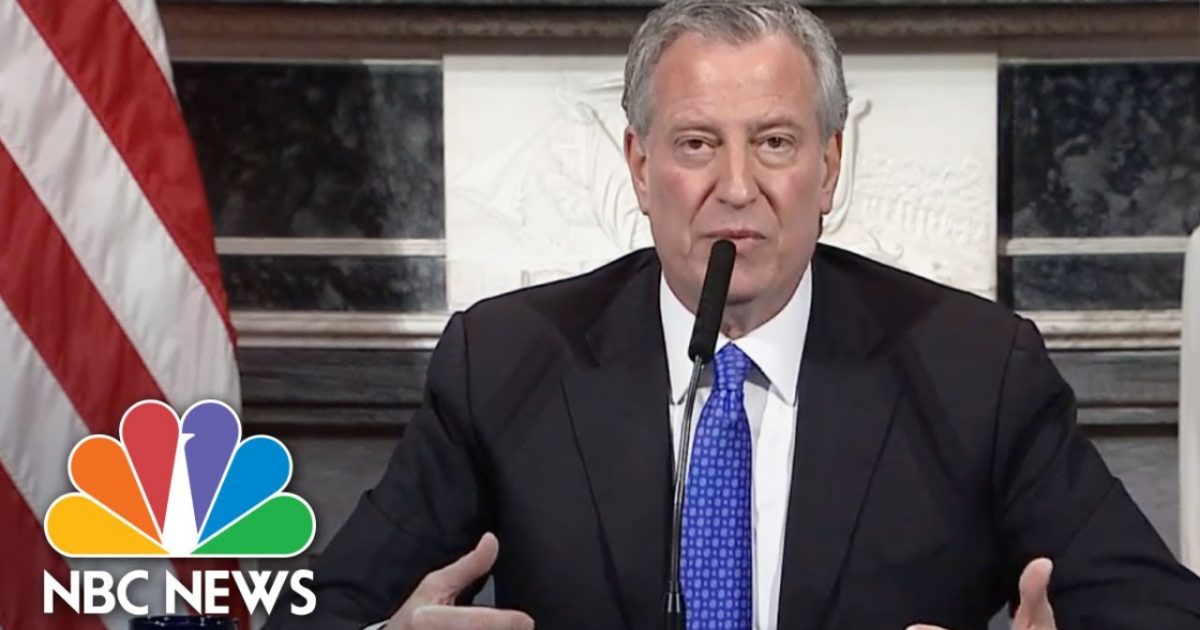 Democratic New York City Mayor Bill de Blasio decided over the weekend to change the way the city is counting deaths. “In the heat of battle, our primary focus has been on saving lives,” de Blasio press secretary Freddi Goldstein told the Times.“As soon as the issue was raised, the mayor 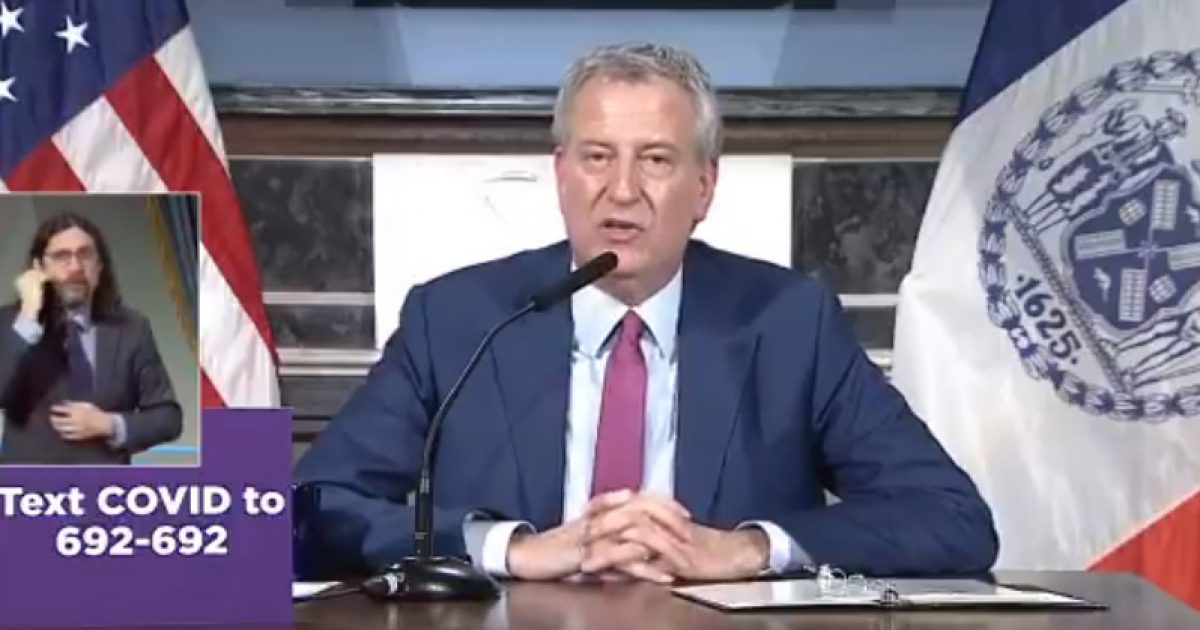 Mayor De Blasio: If Churches And Synagogues Hold Services They Can Be Closed Permanently

New York City Mayor Bill de Blasio threatens to permanently close places of worship that resist shutdown order. “So, I want to say to all those who are preparing the potential of religious services this weekend – if you go to your synagogue, if you go to your church and 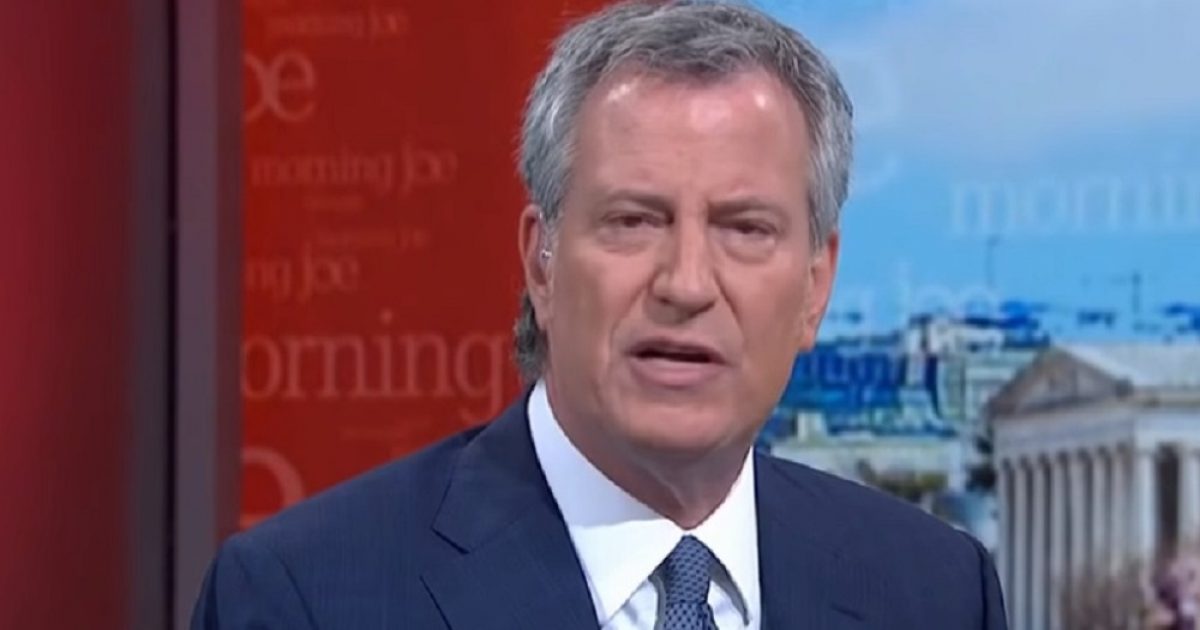 NYC Mayor De Blasio: Wuhan Virus Is “A Case For Nationalization Of Crucial Factories And Industries’

Mayor Bill de Blasio suggests that the coronavirus pandemic might be justification enough to begin nationalizing what he said are “crucial industries.” [email protected] on the Coronavirus: “This is a case for a nationalization of crucial factories and industries’ pic.twitter.com/HkTyziuJZg — Tom Elliott (@tomselliott) March 14, 2020 It’s up to the 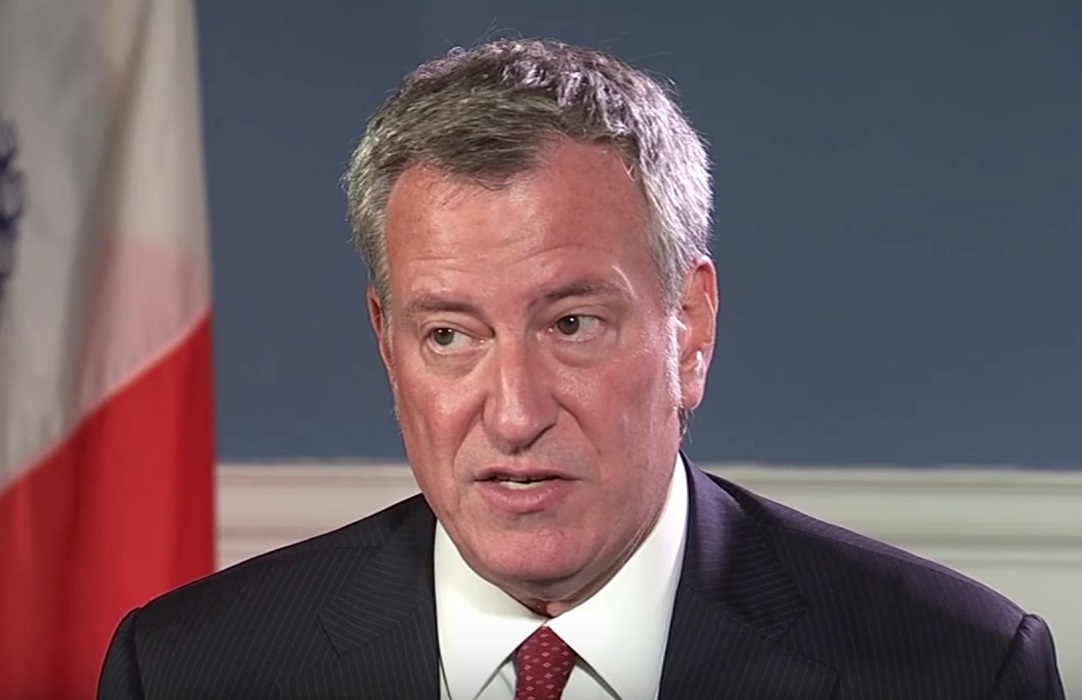 Police Union Blames De Blasio’s Sanctuary Policy For Homicide: “Her Death Is On You”

The Sergeants Benevolent Association blamed NYC Mayor Bill de Blasio for the death of a 92-year-old woman, who was allegedly killed by an illegal alien. “At what point DO YOU take responsibility for a 92-year-old woman raped and murdered. If you complied with ICE Detainers she would still be alive. 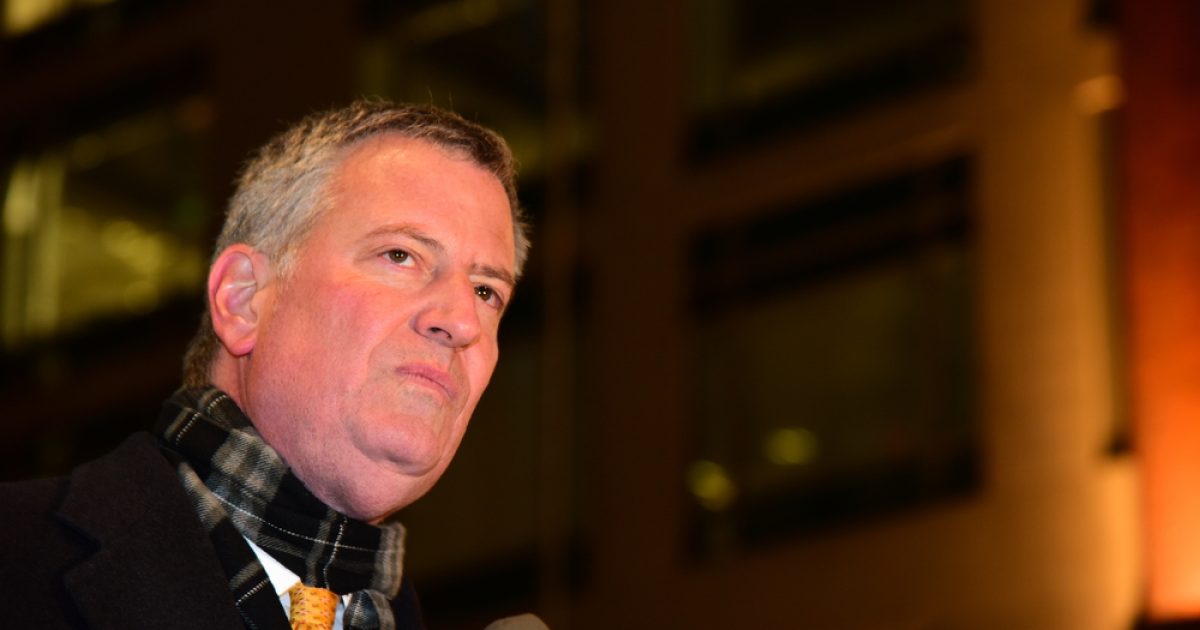 New York City Mayor Bill de Blasio issues instructions on proper usage of NYC’s TOILETS! Everything else causes FATBERGS! What are Fatbergs? Well, you gotta click here to find out! Bet you just learned a new word today, thanks to Bill de Blasio’s crazy Nanny State command. I knew they would 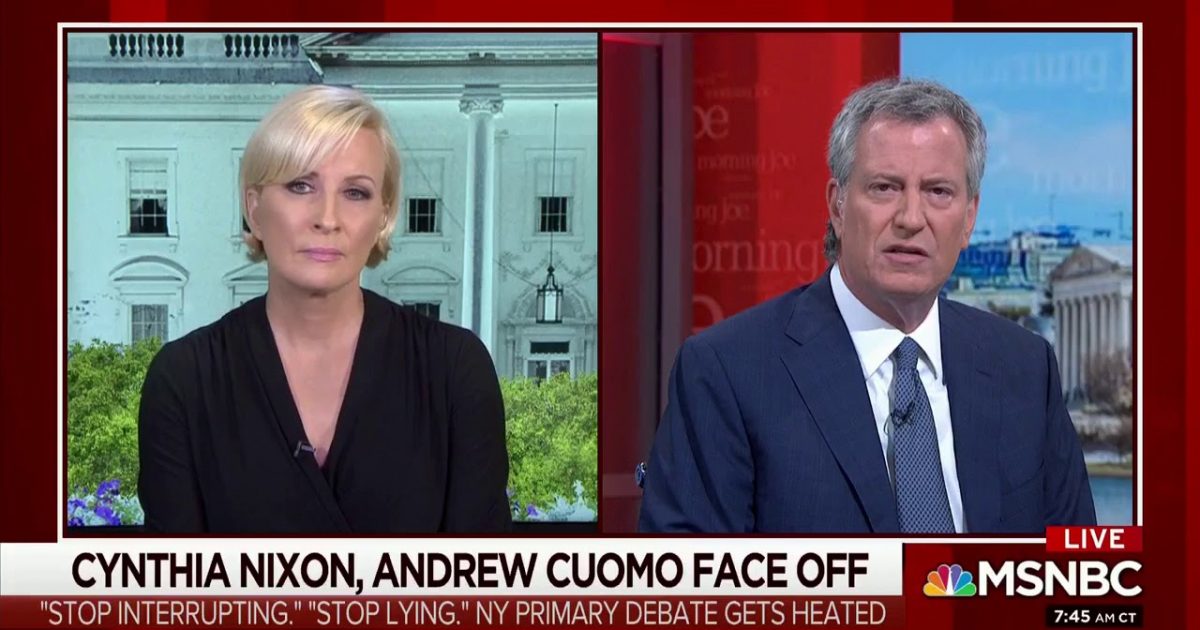 While discussing yesterday’s heated Democratic gubernatorial primary debate between Gov. Andrew Cuomo and left-wing challenger Cynthia Nixon, NYC Mayor Bill de Blasio described Cuomo’s debate jibes as “a little desperate” on MSNBC. I am wondering if they all forgot that there is also a Republican nominee in this race? Be 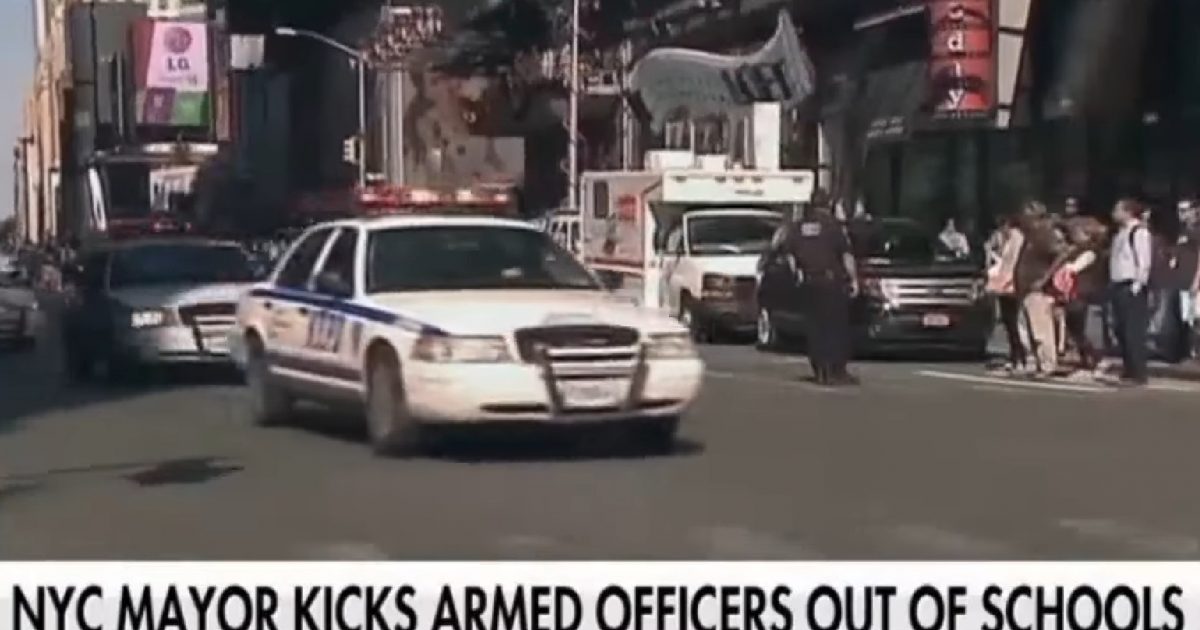 Perhaps Mayor de Blasio can explain the glaring hypocrisy of having the need for armed LEO’s in the city at large but not in the schools. 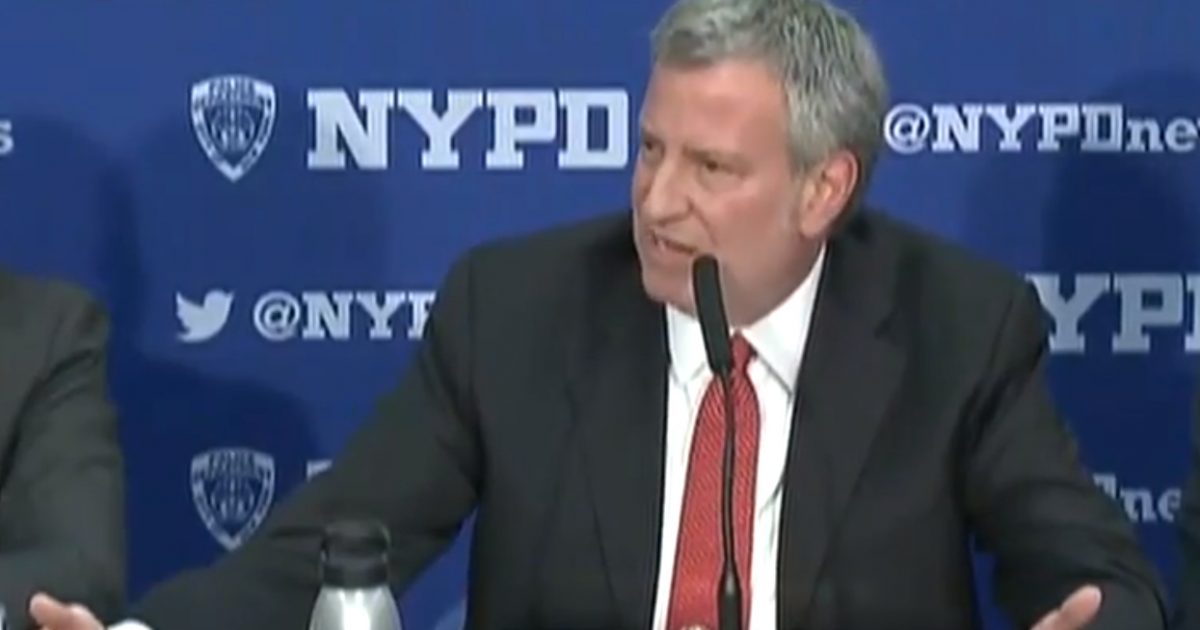 These rich people are now complaining are the very same ones who voted for Bill de Blasio and his liberal projects. LOL! Why so much opposition to the spreading of diversity? They elected this starry-eyed Communist so now they must live with him. Next time, be more careful, huh? Daily Caller: 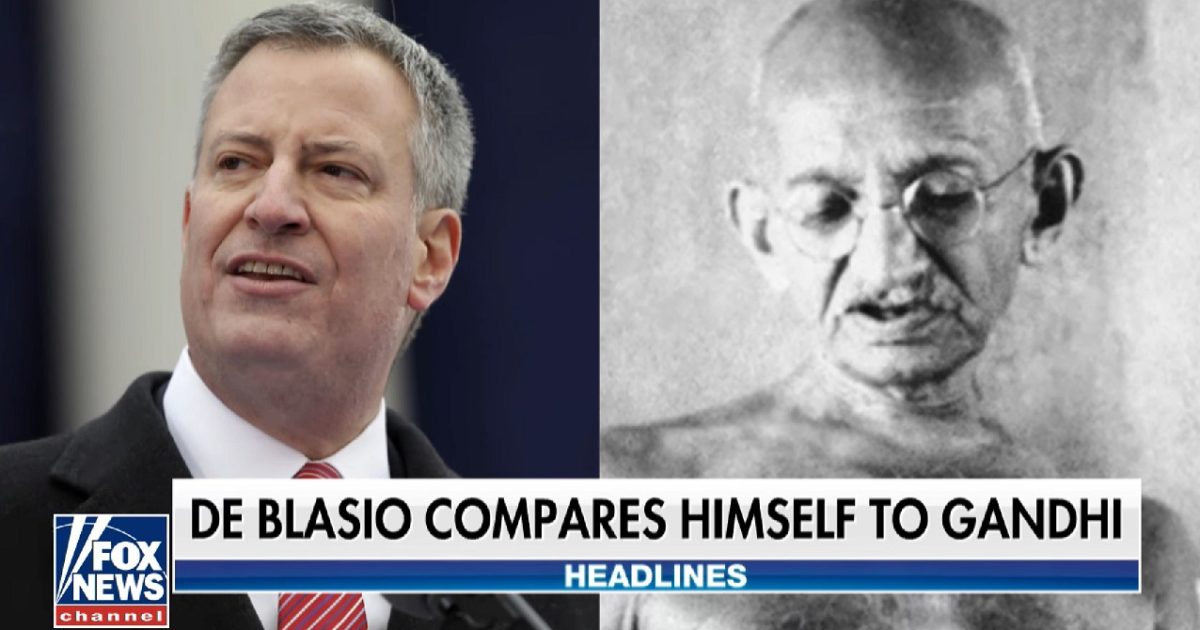 Mayor Mahatma? New York’s Bill de Blasio compares himself to Indian peace icon Mahatma Gandhi and other famous thinkers while explaining why his progressive policies for New York City have not caught on nationally. You’ve got to be kidding me? A socialist comparing himself to a real man of honor?

A Bill de Blasio donor testified in extraordinary detail that he and his businessman pals wrote the book on city corruption by buying off the Mayor’s Office and the Police Department using brazen pay-to-play tactics. You don’t have to look around too hard to realize that the “political swamp” in

Yes please do run, we need eight years of Trump to put America all the way back together again. How much media attention will he get talking about an election that’s three years away? Just time wasted. It is like a hamster running on a wheel. WZ: Gee, who would have guessed 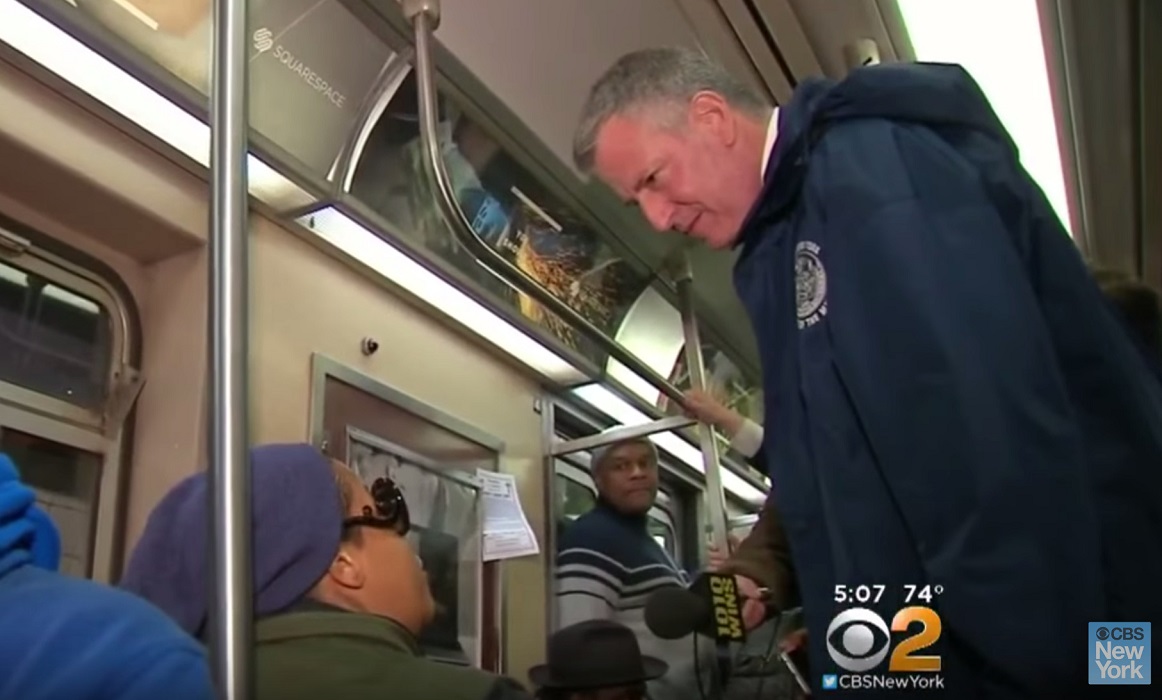 It’s only fair. After all, isn’t the subway mostly used by millionaires? City officials estimate that the tax would be paid by about 32,000 New York City tax filers, or less than 1 percent of those who file their taxes in the city. These 32,000 should just pack up and leave 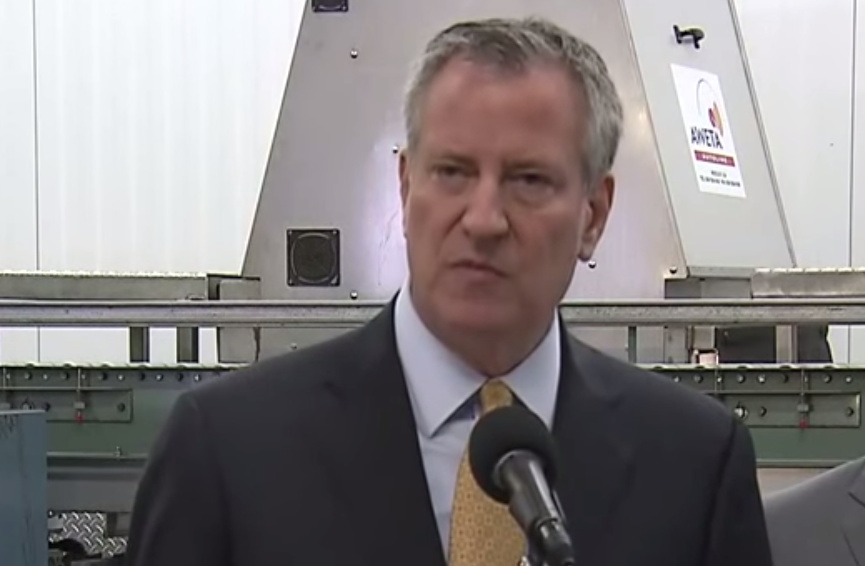 The same guy who just said “Our prayers are with the victims, their families, and the first responders in Manchester” is next going to march with a terrorist. This is why you can’t trust liberals, they are two-faced total hypocrites. Is De Blasio going to leave his security detail behind? NY