Please disable your Ad Blocker to better interact with this website. 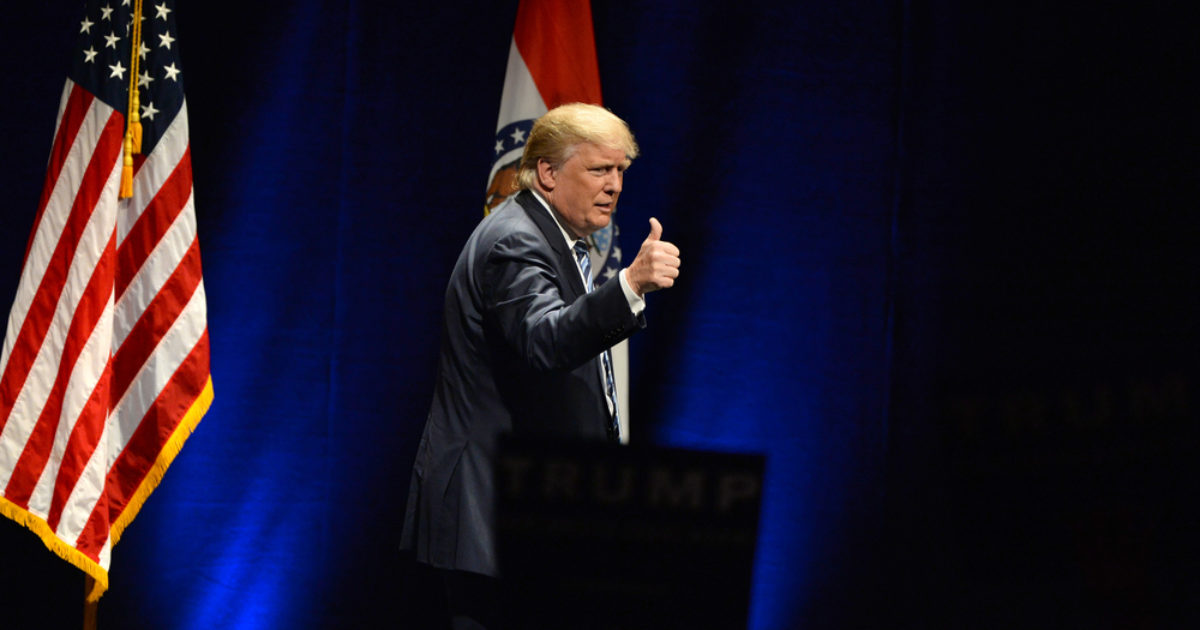 President Trump had another outstanding night on Tuesday with his endorsements winning 2 more primary elections… That brings his total to 9 for 9 wins in the past three weeks. Trump keeps winning and the left keeps going insane. We must stay diligent and get out to vote, but I see 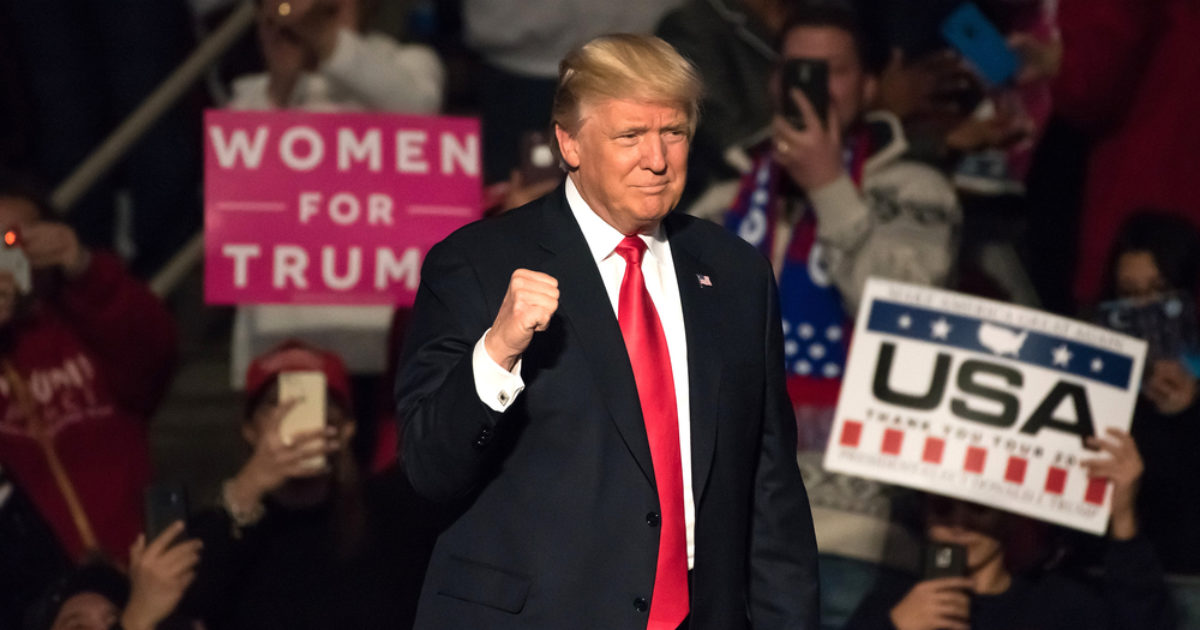 The liberal fake MSM news said this was not happening. On Wednesday President Donald Trump tweeted out his concern over the racist South Africa land and farm seizures and killings of farmers. The MSM immediately refuted the claim by President Trump and accused him of being a white nationalist…   I 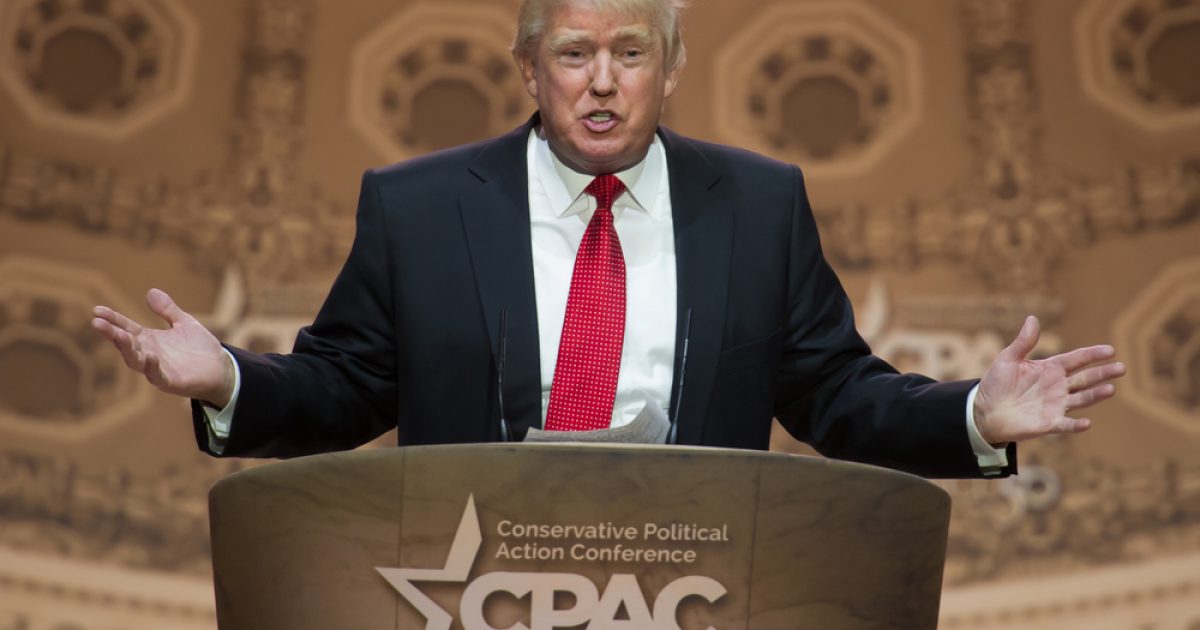 Trump is promising to address the “very serious situation” of Google and other social media companies “suppressing” conservative voices and “hiding information” and good news. I really hope it’s sooner rather than later otherwise all the independent mom & pop bloggers will fall by the wayside. In the last almost 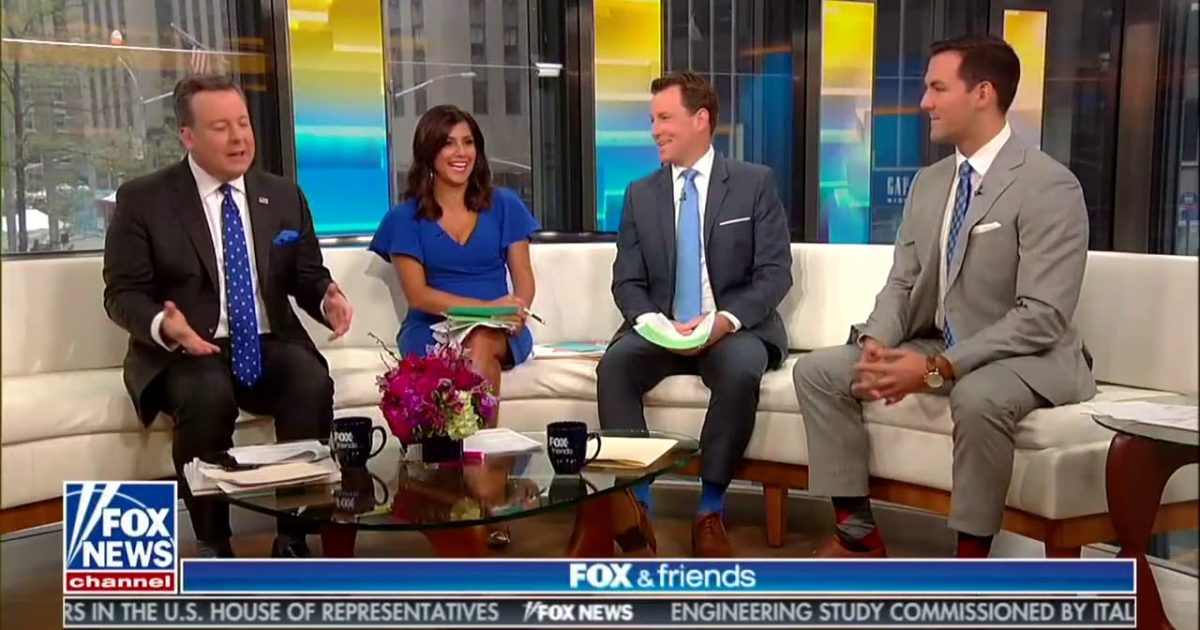 A course at UC Colorado Springs recently assigned students mandatory reading that included anti-Trump themes and sentiments. Campus Reform Media Director Cabot Phillips joined Fox and Friends to discuss. Most universities are nothing more than overpriced indoctrination centers now. It’s time to defund them! Why are taxpayers being forced to 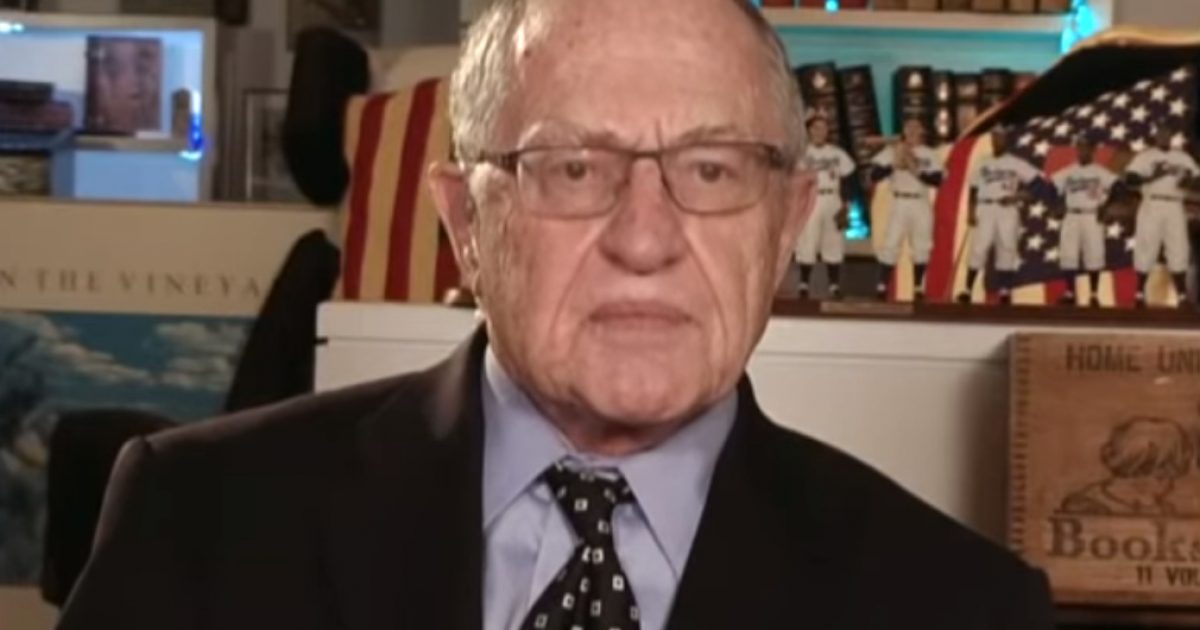 Obama was fined $375,000 by the Federal Election Commission for campaign reporting violations in 2008. That’s one of the largest fines ever levied against a president. Obviously, this fact has been overlooked by the MSM and completely brushed under the rug. The total was 1.8 million. The Stormy Daniels payoff is just peanuts 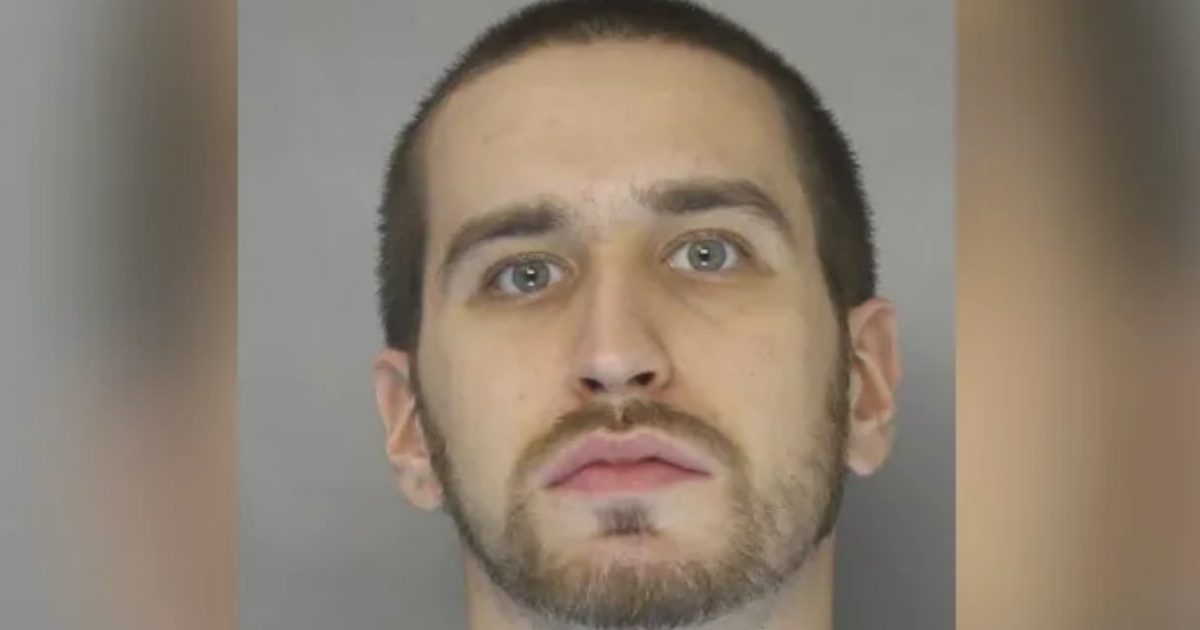 Police Searching For Man Who Threatened To Shoot Trump

Shawn Richard Christy, 27, is on the run after making threats against President Donald Trump last month according to the U.S. Marshals. They are offering a $20,000 reward for information leading to Christy’s arrest. Christy is armed and dangerous and should not be approached. Officials ask anyone with information regarding his 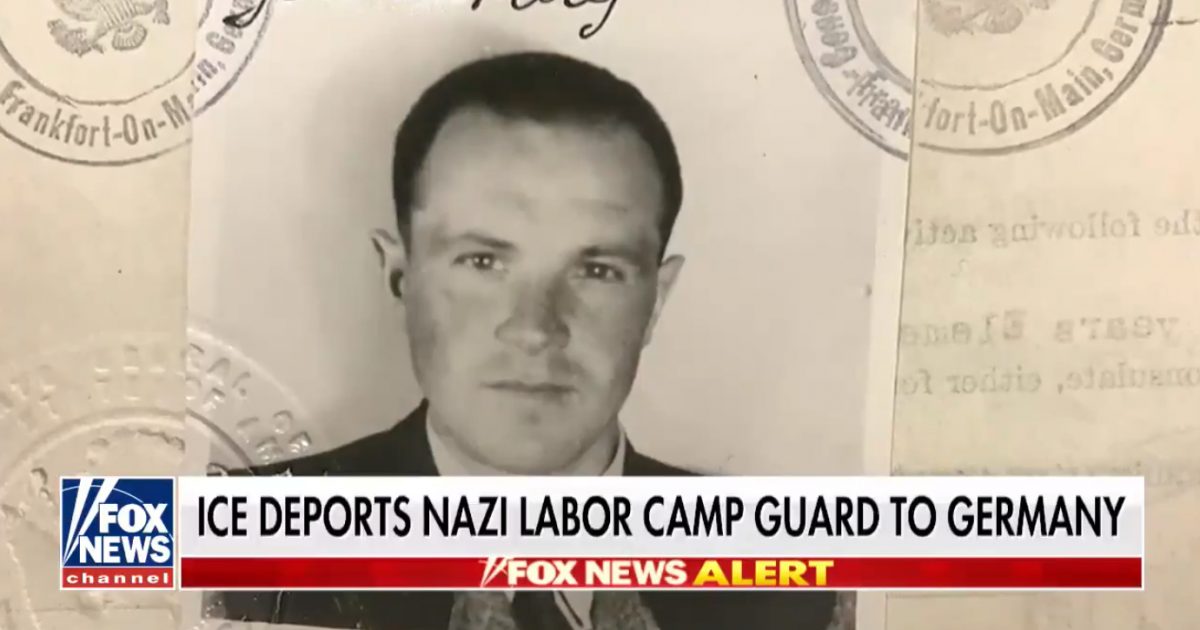 President Trump and ICE Agents deport Nazi labor camp guard back to Germany… What will the have to Left say now? Will the left will claim it took him “too long” since he has been president for 18 months or “the timing is hiding something?” It will be spun because they

Another liberal boycott destined to fail… People are threatening to boycott a beloved hot-dog brand because its executive chairman Howard Lorber who is one of Trump’s best friends is holding a fundraiser for the president. I love Nathan’s and will continue to support their company! Nice, it’s time to buy

POLITICAL EARTHQUAKE! President Trump’s approval ratings with black voters soar to a new all-time high at 36%… It’s heartwarming to see that many black Americans are waking up and realizing that the Democrats offer them nothing! How ironic would it be if the Democrat’s ultimate demise was brought about by the very people 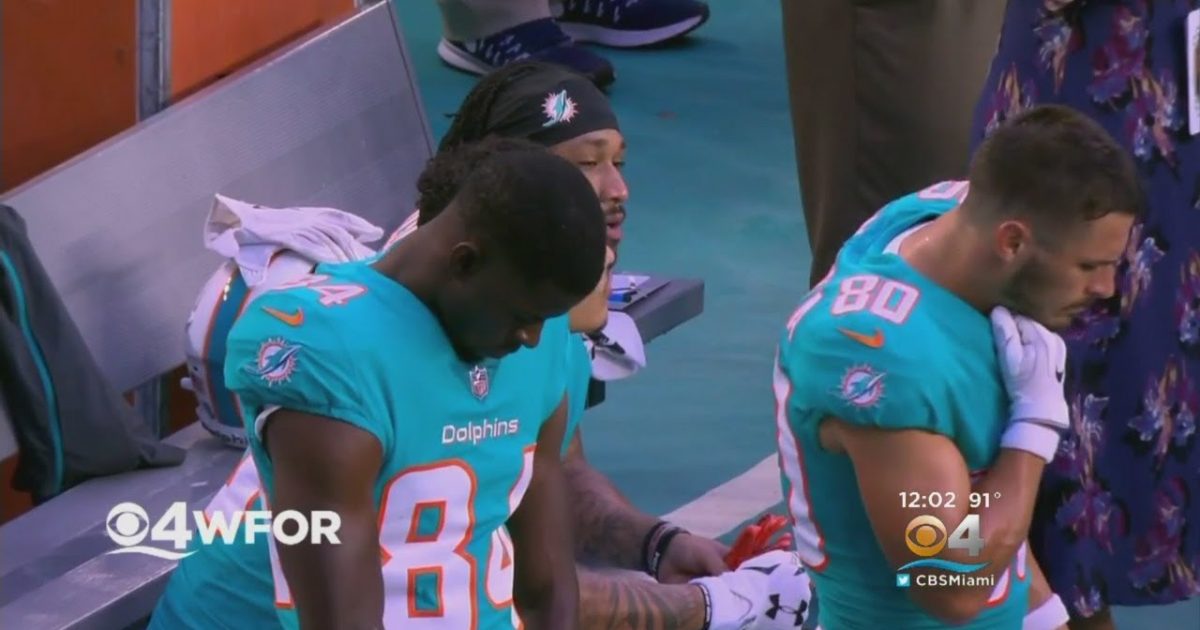 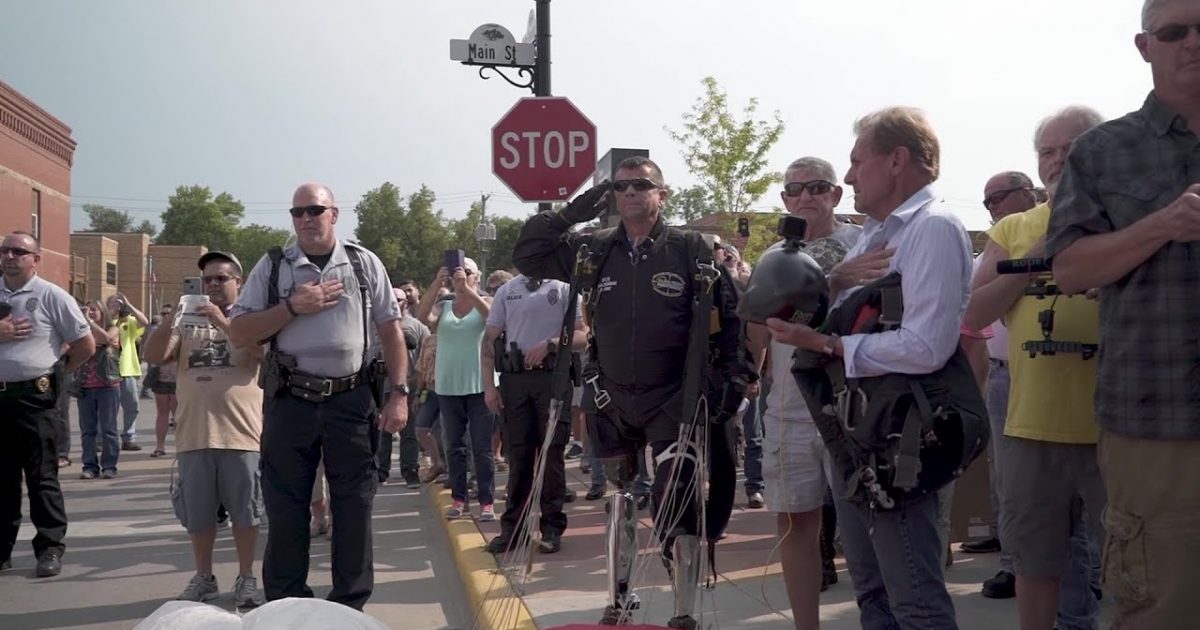 Bikers Salute The Leader Of Their Pack… President Trump

The Sturgis Rally is not the bias towards blacks as this writer tried to convey. Is this a news report or an opinion piece? I really can’t tell anymore. Captain obvious says: It is impossible for the MSM to produce an unbiased report about anything related to President Donald Trump or any 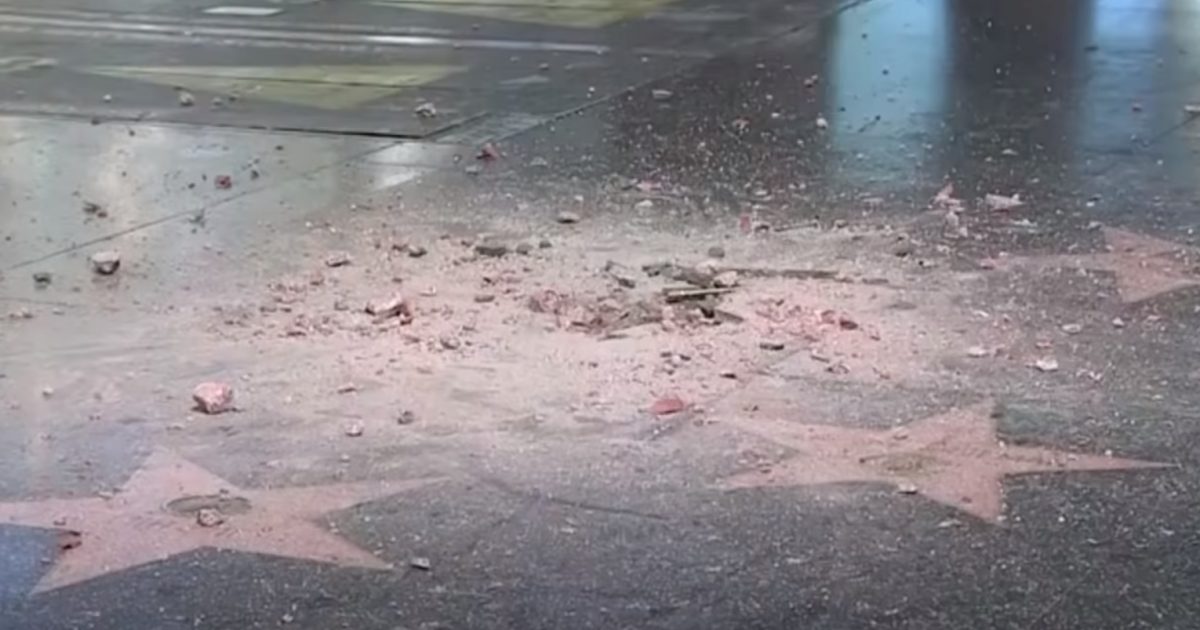 The man who smashed Trump‘s star on the Hollywood Walk of Fame in California was charged with vandalism on Monday. Austin Clay, 24, of Glendale, destroyed Trump’s star on Hollywood Boulevard last month and was charged with one count of felony vandalism, according to the Los Angeles County District Attorney’s Office. 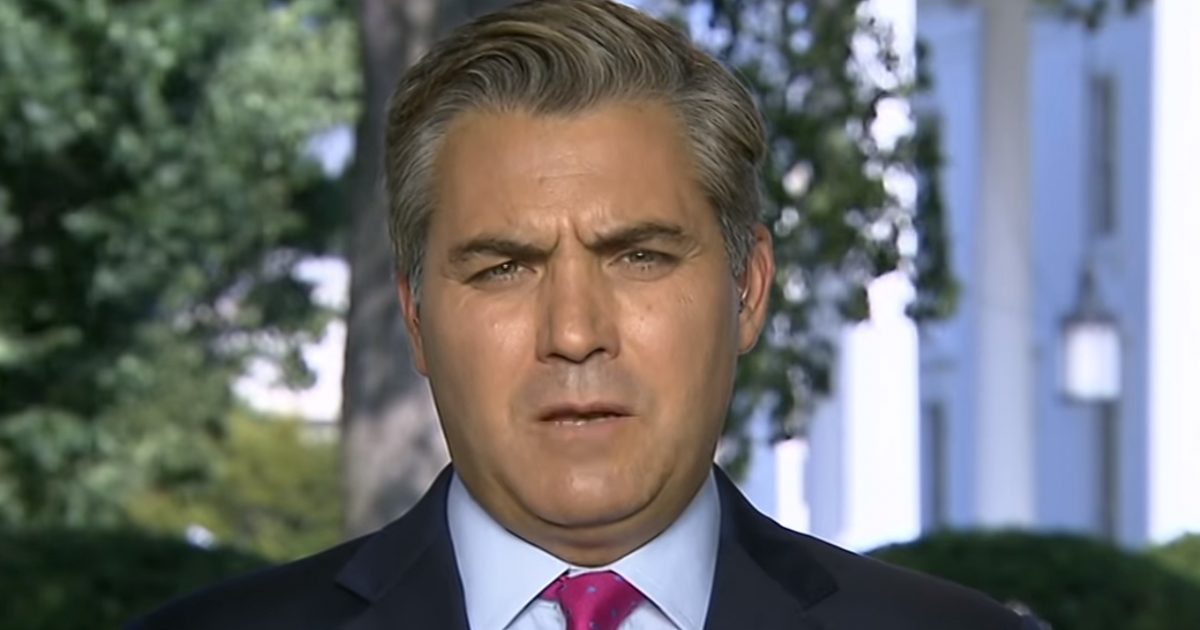 I have as much sympathy for Jim Acosta and the MSM as they had for us deplorables while they were calling us every nasty name in the book… President Trump isn’t inciting people against the MSM, the media became political activists and turned against the people and refused to report 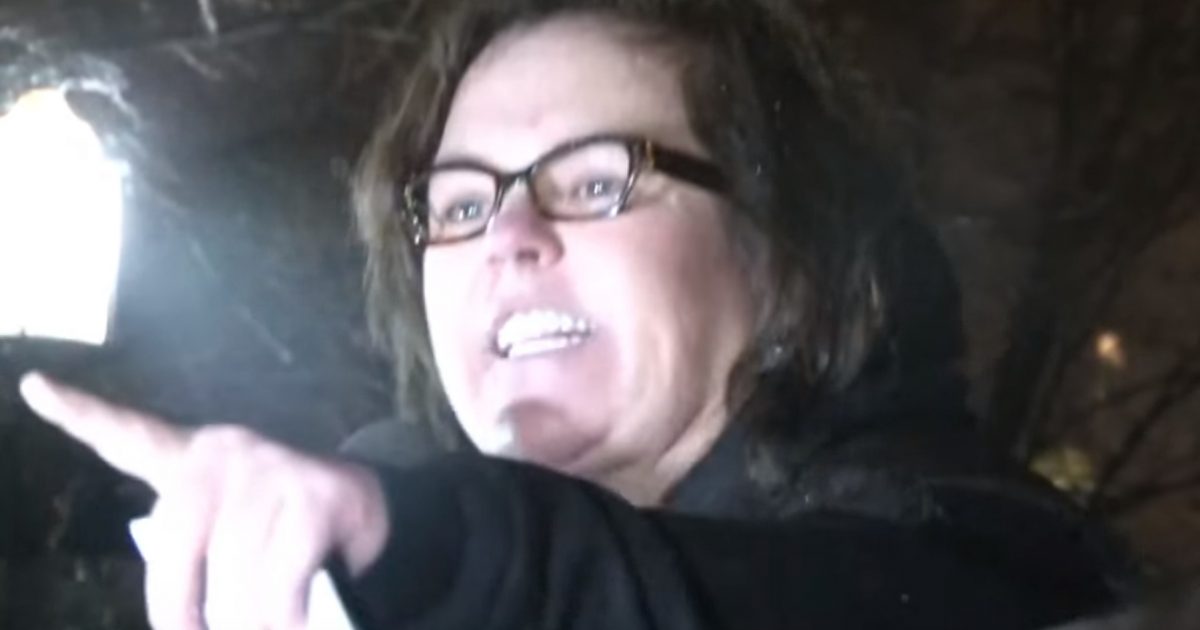 These egotistical fools are completely out of control. They think their “celebrity status ” allows them to be more deserving of respect than a duly elected President. These actors need to be reminded that the dollars that fund their egos is provided by Americans, and they are nothing without us. 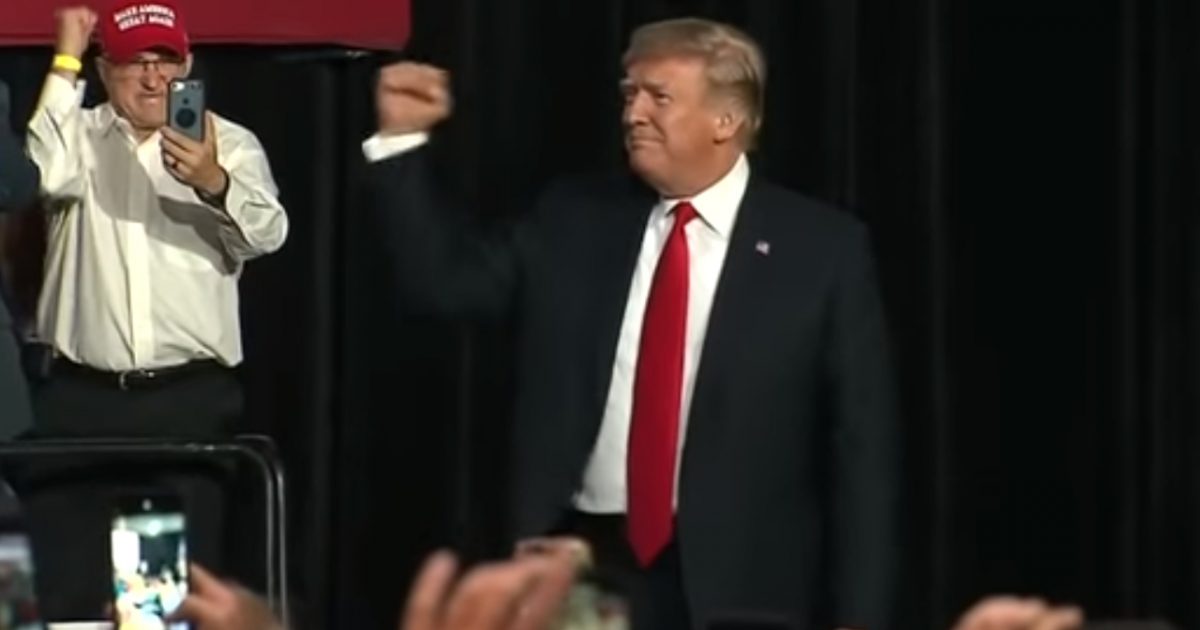 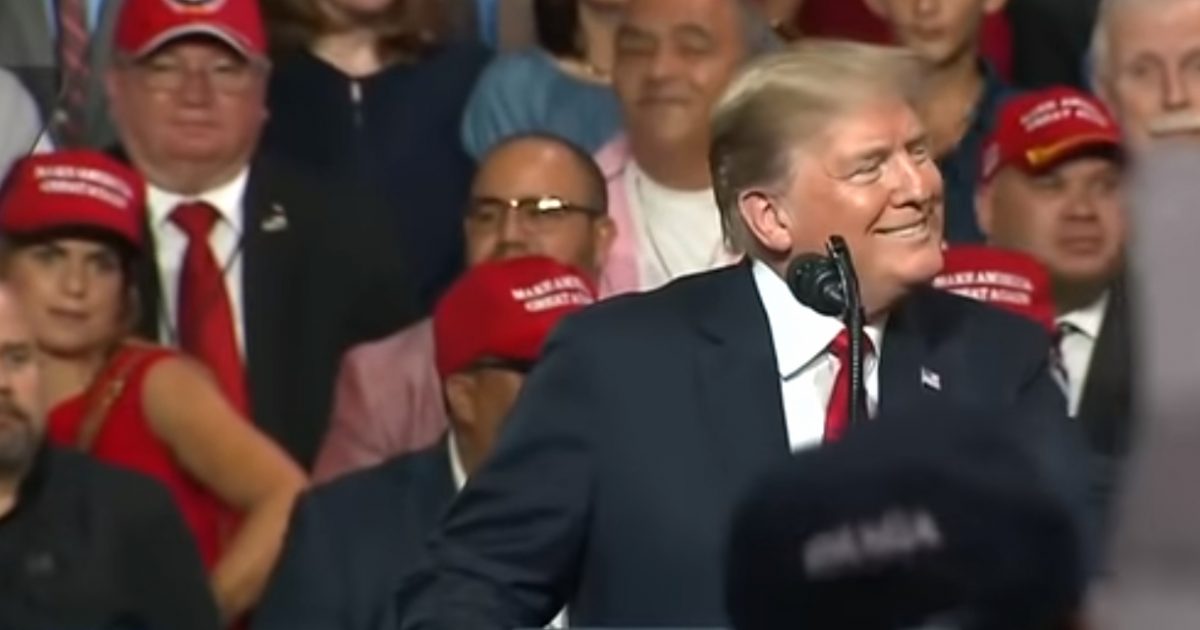 President Trump: 3.5 Million Have Been Lifted Off Food Stamps

Obama used to brag about how many people were put on food stamps under his regime. More of his legacy crumbling to the ground. Oh, the beauty of freedom. President Trump is bringing back the pride of self-sufficiency to America. How long until CNN claims Trump denied 3.5 million families food? 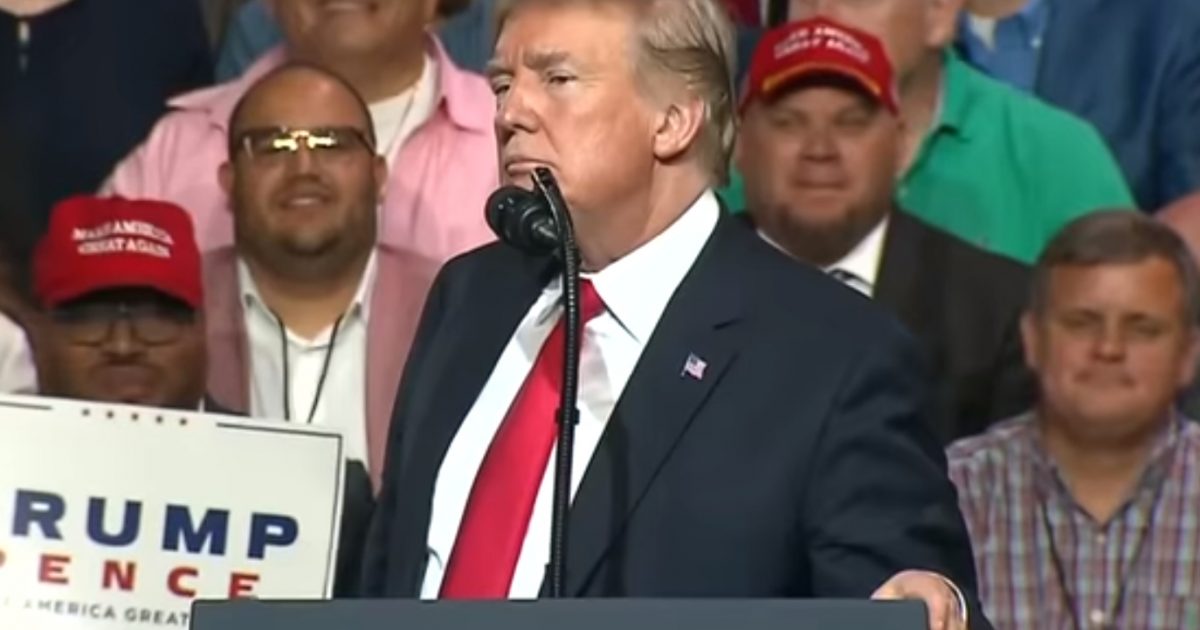 Just a bunch of crybabies hiding behind a keyboard acting like they are really tough. This is the most blatant example of hypocrisy I’ve ever seen. The sanctimonious left has gone completely insane. Do they believe the narratives they push so hard for? They shouted at Acosta. Leftists hunted down Trump

President Donald Trump celebrated the results of the Rasmussen Reports daily presidential tracking poll, which put his approval rating at 50%. Which probably means it’s someone closer to 60%. Is the media actually making President Trump even more popular because people love an underdog that fights like a pitbull? Suicide Hotlines are 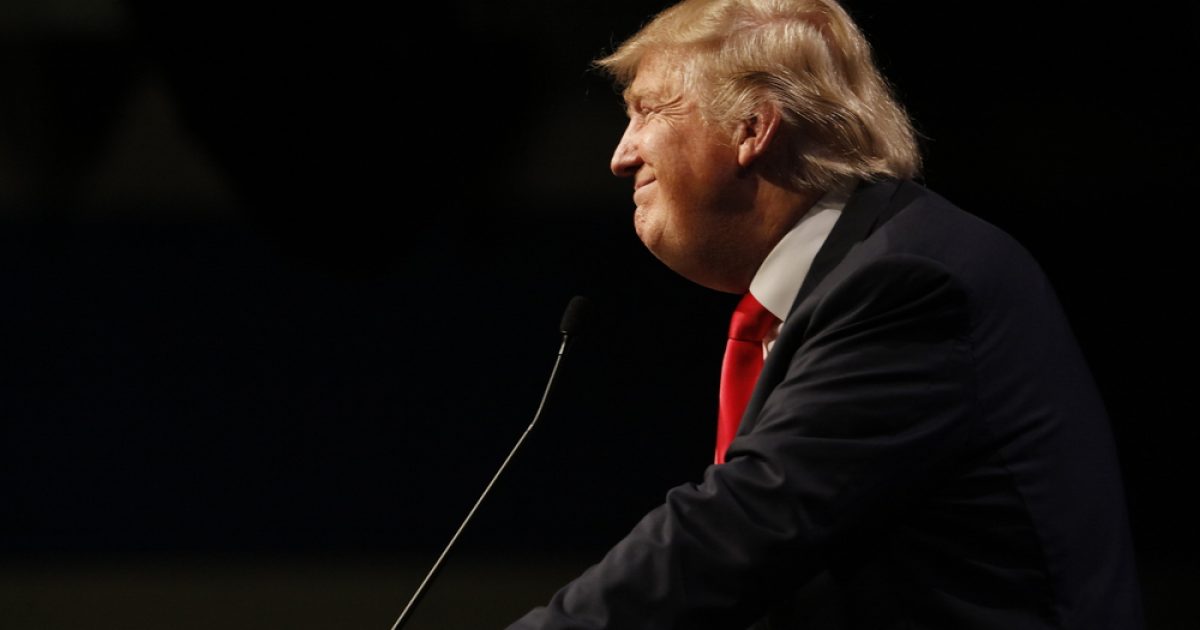 Anybody who doubts President Trump‘s love of America and our Troops and Veterans please remember actions always speak louder than words. No other politician in this country would ever put up with what President Trump has had to endure, let alone being our President for free, this shows his true character 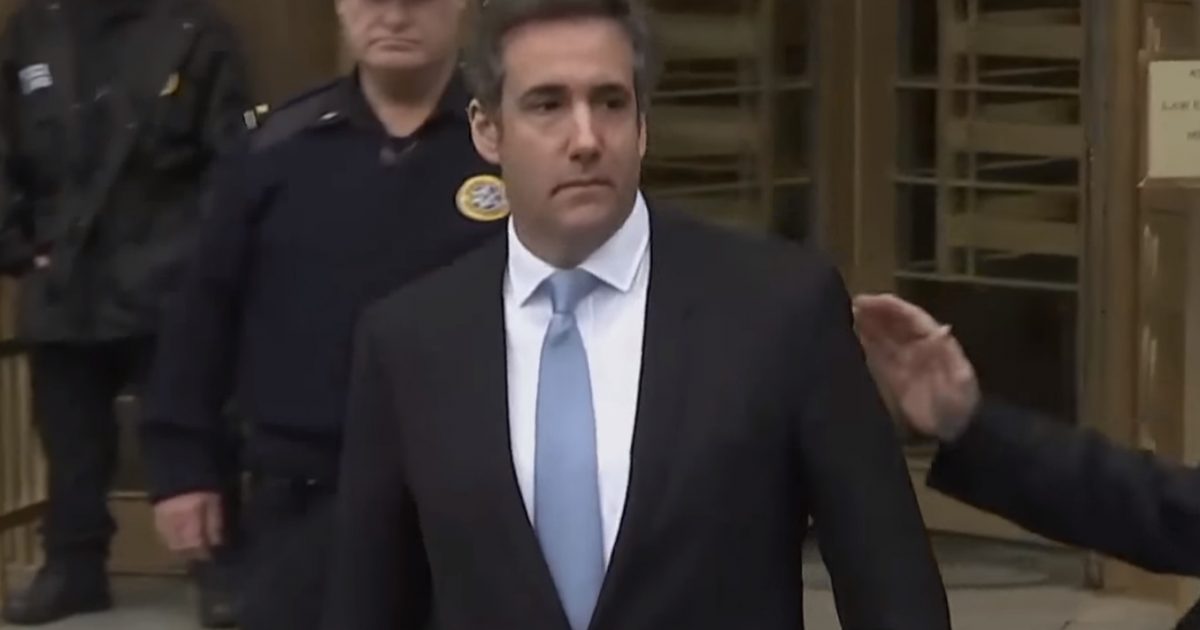 Poll: Cohen Tapes Aren’t A Smoking Gun for Voters in Next Election

There’s no ‘smoking gun’ of campaign finance violations by Donald Trump in Michael Cohen tape. Rasmussen Reports: The FBI is in possession of taped recordings of President Trump and his former attorney Michael Cohen discussing payment for a former Playboy model’s story of an alleged affair prior to Trump’s election. 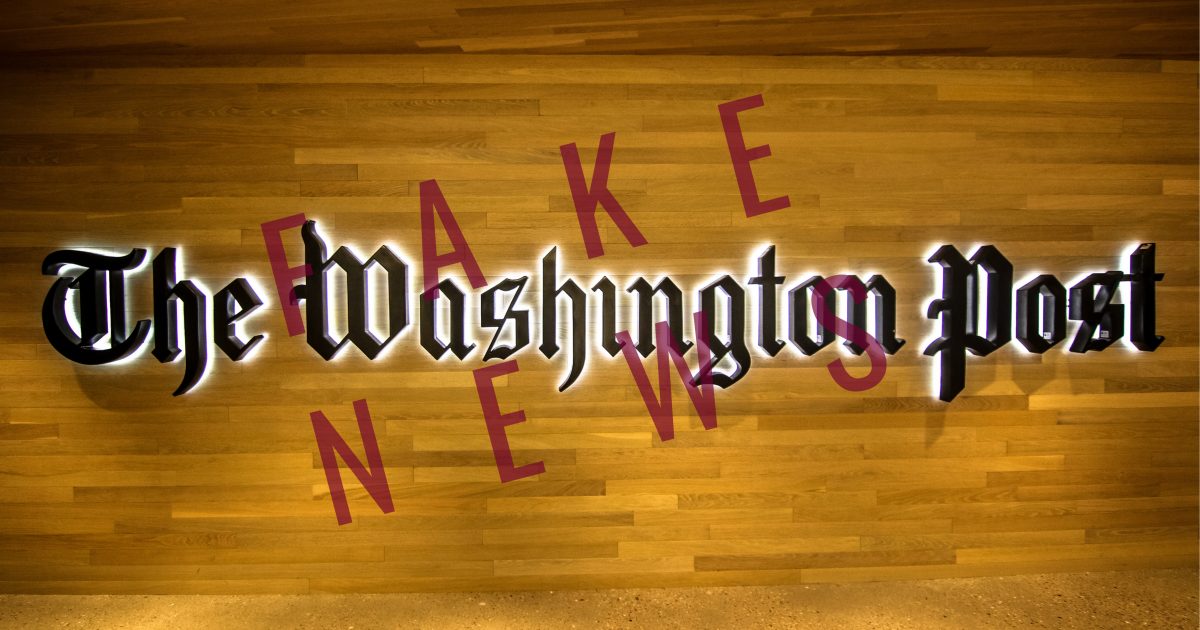 Hmmm, aren’t they involved in trying to get Alex Jones kicked off of YouTube and other platforms for his “conspiracy” theories? Known Trump-basher has a video up pushing the conspiracy that Donald Trump would not be president without Russia. Will Facebook ever flag their BS content? No, they won’t, sadly. The 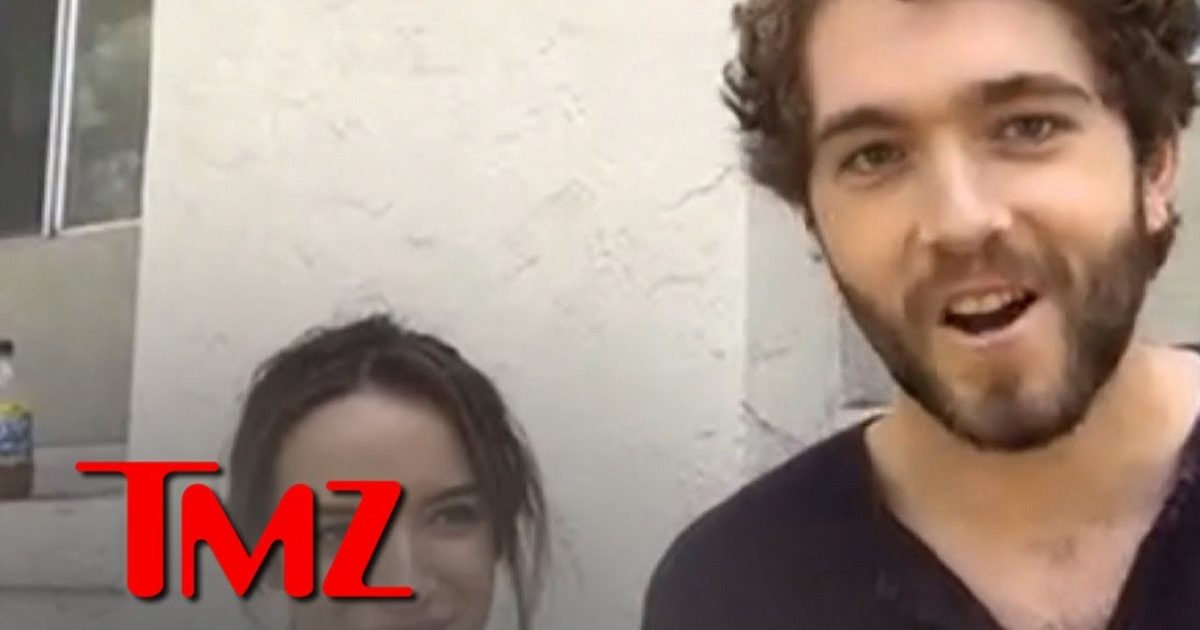 Man Who Destroyed Trump Star: Celebs Like De Niro Contacted Me, I’m ‘Proud Of Myself’

So we are now promoting and condoning crimes? He feels proud of himself after committing a pointless act of vandalism? Typical Liberal, not enough guts to take on an actual person but real “tough” towards inanimate objects. Will De Niro or Handler pay his fines or serve his time? [embedded content]

Great News: US GDP Accelerates to a Whopping 4.1% In Second Quarter

Nope, I’m not tired of WINNING! How about you? Only unhinged Democrats will deny 4.1% GDP is a result of President Trump implementing all the right economic policies. Why does good news for America always seems to be bad news for Democrats? Funny how that works. The US GDP for the 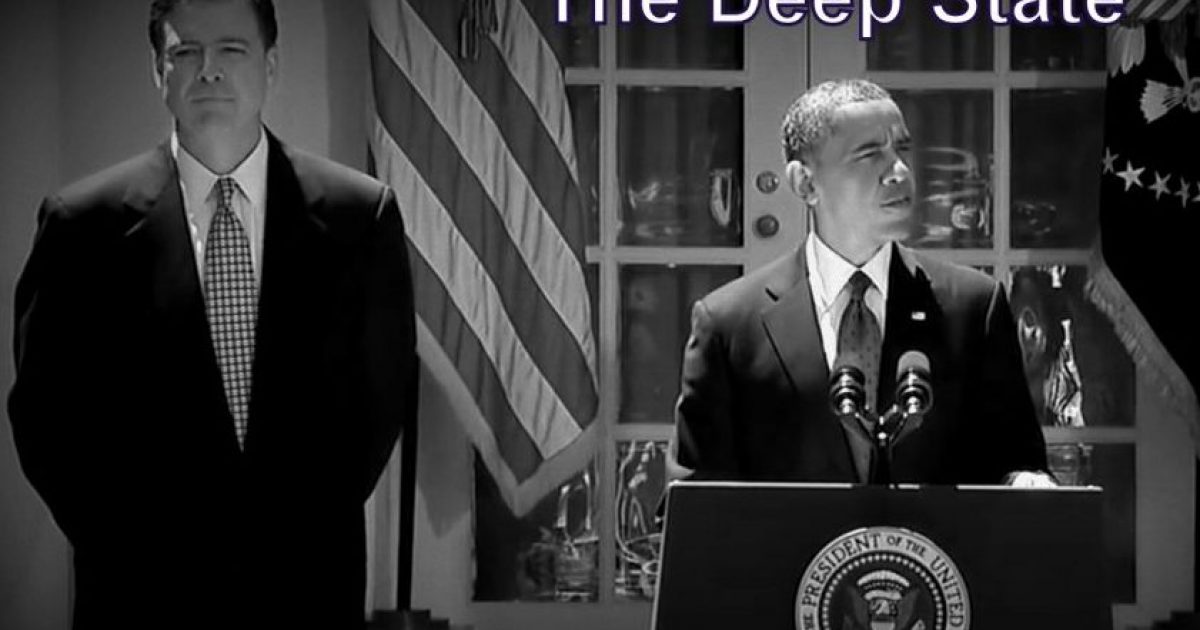 Most of these people are being paid as network talking heads, so in essence aren’t they selling classified information? If the FBI had done their job Hillary Clinton would not have been nominated in the first place. They were trying to run out the clock and lost. Fired FBI Director