Finally, a Republican politician with common sense, logic, a backbone and the cojones to stand up and support President Trump willing to expose the wicked Russian collusion fairy tale for what it truly is… the greatest political hoax in history! Representative Trent Franks more than sets the record straight. 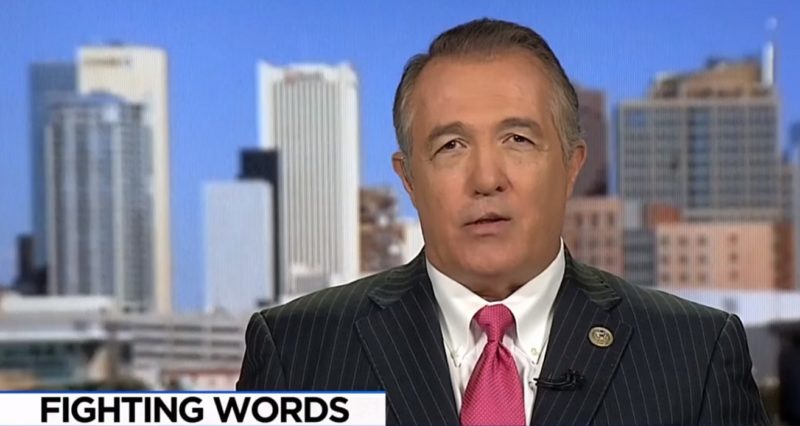 While the votes were coming in a handful of statewide races Tuesday night, Rep. Trent Franks (R-AZ) was on the House floor delivering a serious takedown of those Russian collusion stories the media can’t get enough of, but can’t seem to back up.

Franks offered a summary of the “bombshell” reports last week that former Trump campaign chairman Paul Manafort and his business associate Rick Gates were being indicted for money laundering and conspiracy against the United States. It looked bad at first glance, but we soon learned the Trump campaign was not mentioned in any of the 12 charges.

“In other words, the announcement amounted to what many have called a nothingburger,” Franks concluded.

But what about the George Papadopoulos indictment? Franks replayed how that, too, amounted to wishful thinking. Papadopoulos was an unpaid intern on the Trump campaign who was immediately shot down after suggesting they meet with his Russian contacts. He was punished not his work on the campaign, but for lying to the FBI.

So, it was all a tease and the mainstream media still has no evidence. Read more at TH.

Franklin Graham Has This Warning For All Parents!