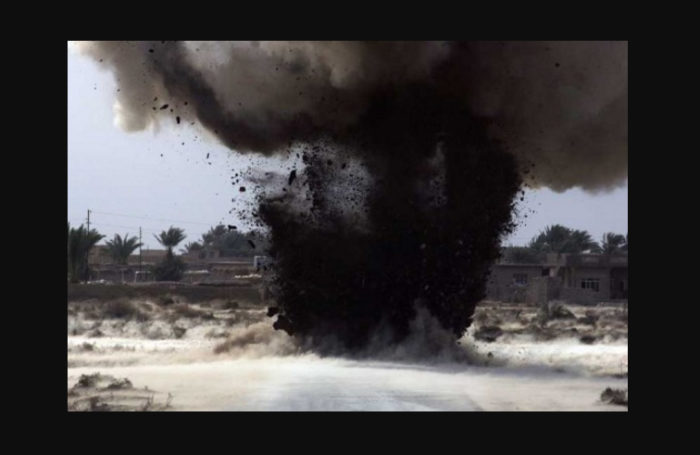 Beautiful… One less terrorist to exterminate. How many more to go?

A Taliban commander has been killed when his own explosive device went off prematurely.

A Taliban group leader has been killed as his explosive device went off prematurely in the eastern Logar province, a local news agency reported on Monday.

Qudrat who was in charge of a group of at least 40 insurgents, according to Khaama Press (KP) lost his life as his Improvised Explosive Device (IED) prematurely exploded in Logar province very recently.

Taliban militants are largely relying on suicide bombings and frequently using IED as the weapon of their choice especially in organizing roadside bombings to target military convoys. They are yet to make comment on the report.

The eastern Logar province with Pul-e-Alam as its capital 60 km south of Kabul has been the scene of increasing Taliban-led insurgency over the past few years.