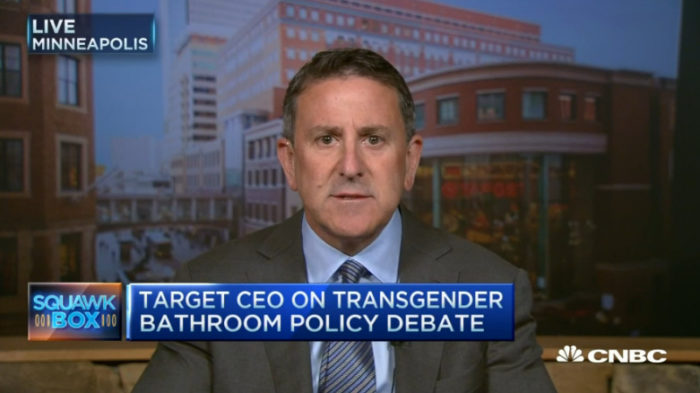 Dear Brian, See if you can defend this until the company goes out of business! It’s just more proof that liberalism is a terminal disease.

The CEO of retail giant Target is zig-zaging between the many customers who are angered by his decision to open single-sex bathrooms to the other sex, the gender-identity progressives who pushed for the disastrous transgender policy, and the Wall Street stock-pickers who have chopped roughly $4.5 billion off the company’s value. 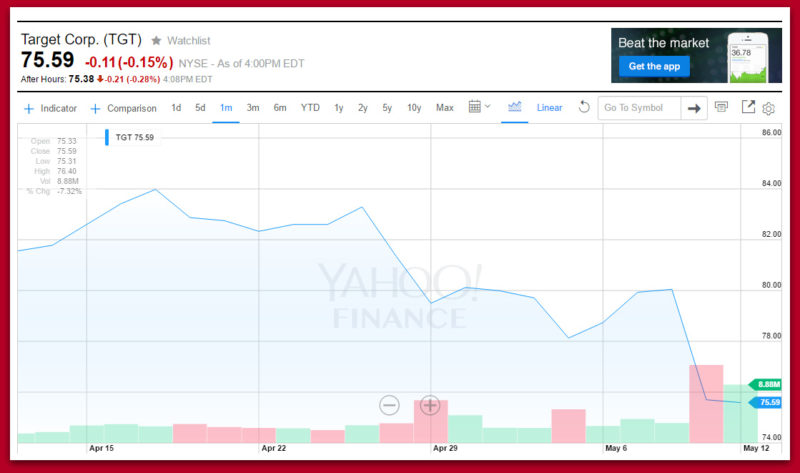 “We’re going to continue to embrace our belief in diversity and inclusion, just how important that is to our company,”CEO Brian Cornell said in a May 11 appearance on CNBC’s “Squawk Box” business show. “But we’re also going to make sure our focus on safety is unwavering,” he added.

To mollify the public angered by his removal of single-sex restrooms and changing rooms, the company will add family bathrooms to all of its stores, he said.

But Cornell did not offer to return single-sex changing rooms, which is likely the most unnerving element in the company’s new open-door, pro-transgender agenda.

That tough feedback includes a consumer boycott that now has 1.2 million supporters, much damage to the company’s brand, and a massive sell-off on Wall Street that has chopped the company’s share price from almost $84 on April 19 to $75.70 on May 11.

That’s a loss of $8.30 per share, or 10 percent, or almost $5 billion since April 19. Of course, some part of that loss is due to President Barack Obama’s weak economy — but no company is helped by many management decisions that anger so many customers. More

Azealia Banks Banned From Twitter... But Not For Calling For Palin’s Gang Rape