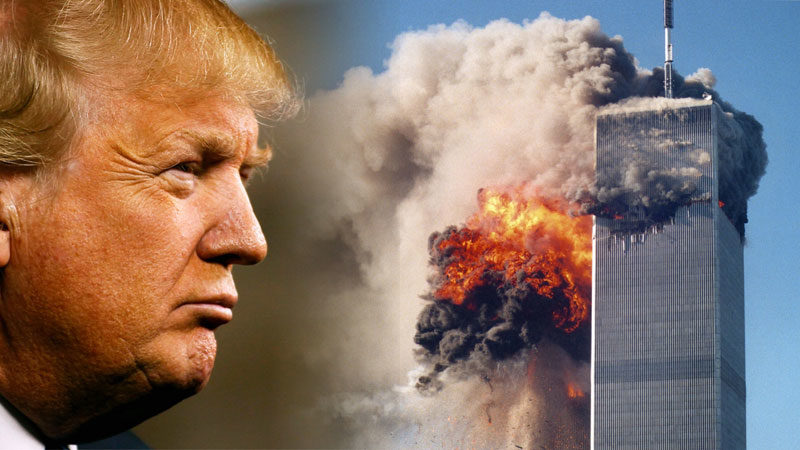 It is people like this professor that is dividing America. The liberals are showing that if you don’t agree with them, they don’t want to be around you.

Donald Trump was officially elected on 11/9, however Democrats and liberals are treating Hillary Clinton’s loss like it’s 9/11.

It’s been well documented that college students haven’t taken the loss really well, yet it appears the epicenter of those hardest hit happen to be at Converse College, a women’s liberal arts institution in Spartansburg, South Carolina.

In addition to crying on campus, staging protests, setting up safe spaces, and professors pushing back exams, it’s now become frowned upon to challenge fragile liberals into thinking anything different.

According to the College Fix, one student claims she was kicked out of class for challenging her professor’s comparison of Trump’s election to the September 11th terrorist attacks.

Before the student was kicked out of class, she posted a status to Facebook scolding those who were comparing 11/9 to 9/11. 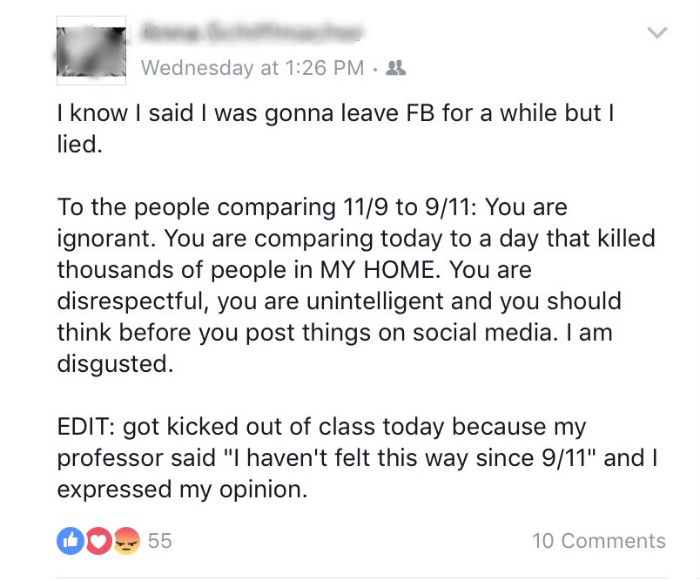 The professor told the class that after the election they “haven’t felt this way since 9/11” and that 11/9 was the second worst day in American history. That spurred the student to engage the professor by saying it was disrespectful to the thousands of people who lost their lives and were injured on that horrific day in 2001.

“I went to her class and got kicked out for expressing my opinion,” the student told the College Fix. “”I have never been so disgusted in my life.”

From President Krista Newkirk extending to the Converse College community invested a lot of its identity in seeing Hillary Clinton be the first woman to shatter that highest and hardest glass ceiling of being elected president.

Hillary Clinton’s loss is not even close to being as bad as 9/11. She still gets to walk around living her carefree, affluent life where she’ll probably not face any further investigation into her private email server or the Clinton foundation.

We get Democrats and liberals are sad, but if they ever expect to take back the White House or even elect a woman as president, they need to depart from their political echochamber and actually listen to dissenting views.