Prior Convictions For Resisting Arrest & Had Active Warrants… 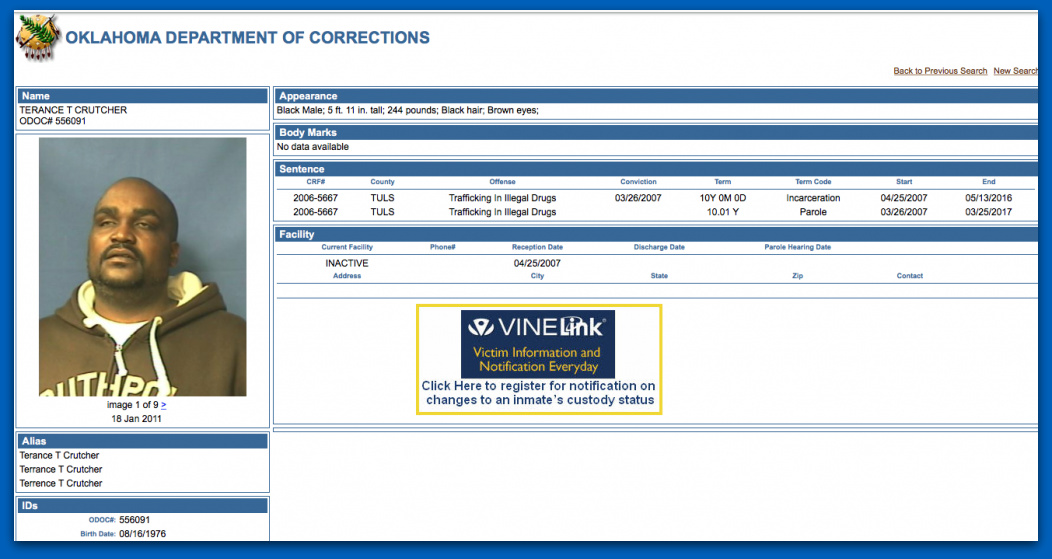 This explains the helicopter and the immediate backup. The whole media story appears to have been false. So much for the narrative that Crutcher was just a simple, God-fearing preacher man. Update to this story.

The above record appears to show that Terance Crutcher just got out of prison in May after 9 years for drug trafficking. He has convictions toward the end of that time in 2011 (in prison), 2012 and 2013, where he may have been on a work release, in a halfway house or some such program. He was on parole until March 2017.

Now, while a prior record doesn’t show whether the shooting in this case was right or wrong, what his background does show is that he had a habit of resisting the police when stopped. It also shows that he has open warrants and we don’t know if that may have come into play in the mind of the officers or in Terance Crutcher’s mind.

The police also reported today that they had found PCP in his car.

According to the Oklahoma Court records, Terance Crutcher has the following record.

When he was killed, he also appeared to have had open warrants that were issued on August 30, 2016 including for DUI, resisting, drug trafficking and public intoxication. 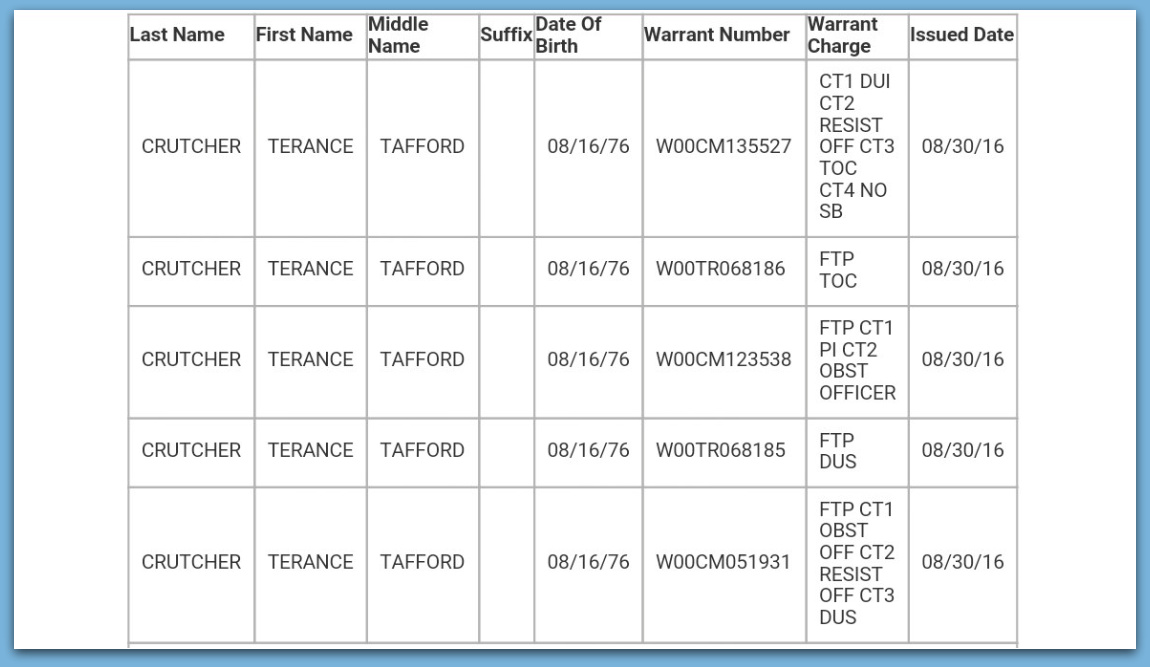