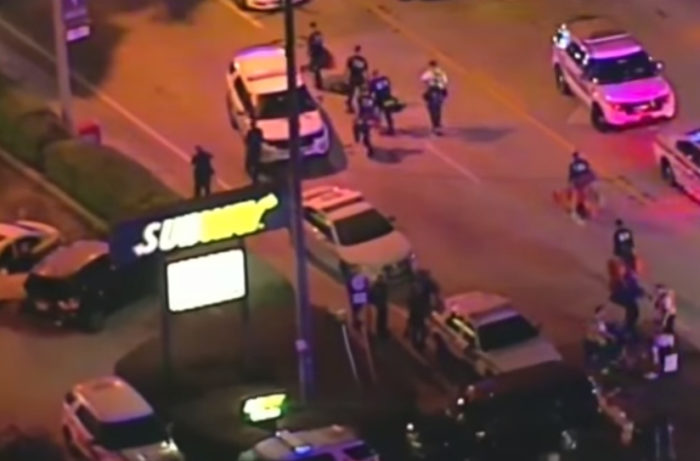 This is why Americans need to arm themselves. Being able to defend yourself is just as important as breathing.

In the deadliest mass shooting in American history, a terrorist opened fire inside a popular Orlando gay club near closing time early Sunday, leaving at least 50 people dead and 53 wounded, according to authorities.

The 2 a.m. attack was “well organized and well prepared,” said local cops as FBI officials painted the attack as domestic terror. The shooter, who was not from the Orlando area, may have had “leanings” toward radical Islam, Special Agent Danny Banks revealed.

Cops killed the lone gunman and found multiple victims dead inside the Pulse nightclub, about four hours after the closing time bloodbath sparked a tense standoff with police.

The shooter was identified as Omar Mateen, 29, of Port Saint Lucie, Fla., about two hours south of Orlando, according to CBS News.

Orlando Mayor Buddy Dyer declared a state of emergency for the city.

Police bombarded the club with a “controlled explosion” to distract the shooter and rescue about 30 hostages hiding in bathrooms. Nine officers fatally shot at the suspect armed with an assault-type rifle, a handgun and “some type of device.”

A bullet struck an officer’s Kevlar helmet that police Chief John Mina cited for saving the cop’s life during the gun battle. More