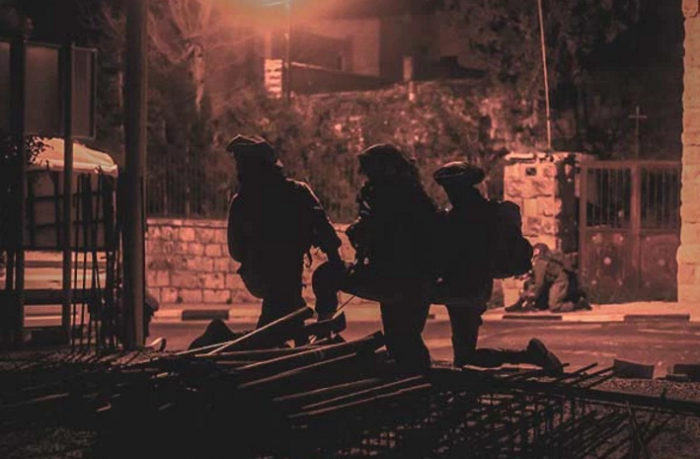 BOOM: Blown up with rockets…

Now it can be revealed that a collaboration of Shabak, the IDF and Israel Police has exposed over the past few weeks a Hamas terror infrastructure that, among other things, carried out the highway murder of Rabbi Michael Mark ZL and injured his family members on July 1, 2016 near the community of Otniel in Judea and Samaria. An overnight raid Tuesday that followed a lengthy manhunt resulted in the killing of the Mark murder perpetrator Mohammed Fakieh.

The arrest raid in the village of Tzurif picked up Mohammed Ah Magid Amaira, who carried out the attack with Fakieh, and several other cell members, including several relatives, who provided support to the cell, including giving Fakieh et al shelter during the manhunt.

The raid of the safe house where Fakieh was hiding was carried out by the IDF Etzion Division, as well as Shabak and Police. The terrorist opened fire on the force as it drew near, and in response the force shot several anti-tank rockets at the structure where he was hiding, then demolished the house using heavy machinery and killed the terrorist. They found a Kalashnikov sub-machine gun and an improvised grenade near the body. More

To Promote Abortion At DNC Guess What Planned Parenthood Uses...