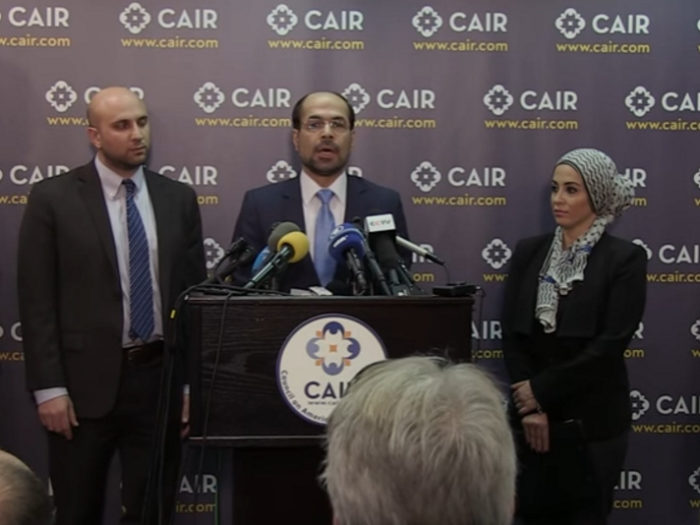 CAIR is a terrorist supporting group. We do not need any of their propaganda in our schools. Being fearful of Islam is not Islamophobia, a phobia is an irrational fear & it’s rational to fear Islam.

Now CAIR is being called into Elementary schools in the United States to indoctrinate students against “islamophobia.”

In the heat of the 2016 campaign season, San Diego Unified board members voted to put together a plan to stop Islamophobia in schools. Part of that plan was in action Thursday — a week after President Donald Trump signed orders to temporarily ban travel from Muslim-majority countries and crack down on immigration.

Hanif Mohebi of the Council on American-Islamic Relations said he’s been called to more than a dozen schools since the election in November to teach students and teachers how to handle bullying of Muslims. Thursday, his audience was a little different: Latino students at Logan Elementary School…

…The presentation wasn’t altered for the new audience. Pamphlets on how to deal with being bullied said, “Know your rights as a Muslim youth in school.” And tips for teachers — like understanding that minimizing eye contact is a sign of respect, not disrespect, among Muslims — were still laid out in bullet points. Mohebi and the school’s principal, José Villar, urged the students to learn about Muslims and apply anti-bullying tips to their own lives.

The Gateway Pundit has reported numerous times about the Radical group CAIR, which stands for The Council on American-Islamic Relations. From inflammatory remarks they have made about wishing more people were dead in tragedies, to their connection to the Women’s March, and even demanding that Franklin Graham not talk at the inauguration.