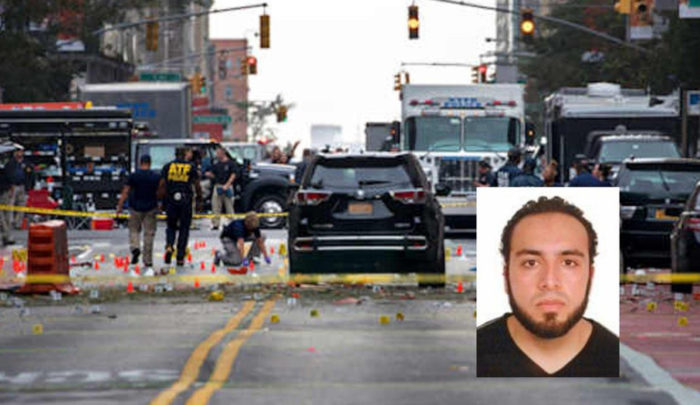 His mom & wife were just going shopping for some fresh burkas or something… 6,000 miles away. Nothing to see here, nothing to do with Islam or terrorism so just move along. No flipping way he did this alone.

And where were the five members of the family going with weapons in the car in NYC, near JFK Airport?

With Ahmad Khan Rahami now in custody, authorities are investigating whether the 28-year-old carried out the recent bombings in New York City and New Jersey alone or if he was working with others.

While officials say early signs indicate a lone wolf attack, the behavior of the suspected terrorist’s family members in the days leading up to the attacks suggest he may have told relatives of the plot.

In fact, both Rahami’s mother and Pakistani-born wife left for the Middle East just days before the bombings in Seaside Park, New Jersey and New York City, and the foiled plot in Elizabeth, New Jersey.

The Los Angeles Times reports that Rahami’s wife left for Pakistan just days before the bombings, and was stopped by officials in the United Arab Emirates, a popular stopover for flights between the U.S. and the Middle East. It’s still unclear whether she was allowed to travel on to Pakistan, was held in the UAE or returned to the U.S. More