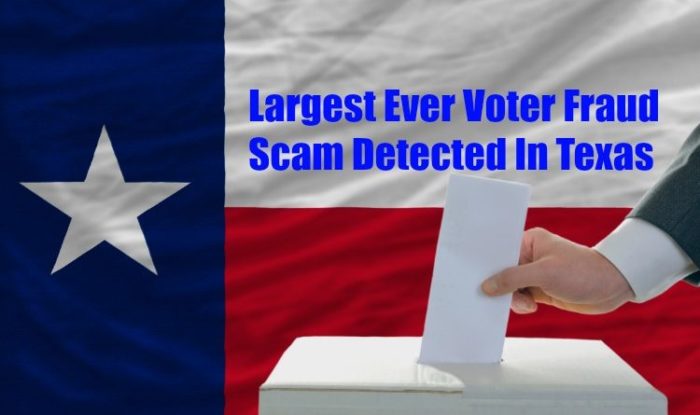 The code in these Texas voting machines needs to be examined, because this has to be pre-programmed to happen like that. People need to go to jail for this BS! Time for pitchforks and torches at Soros’ house?

Several voters in Texas have said on social media that when they voted early, their voting machine registered a “Straight Republican” selection but marked Hillary Clinton as their choice for president.

Early voting for the 2016 election started today (Monday, October 24th). The people of Potter and Randall County are taking this opportunity to skip the long lines that always file out of the voting locations on Election Day.

Two voters from Canyon posted the experience they had while voting. Apparently, when these voters chose the straight Republican option, the ballot selected Clinton/Kaine instead of Trump/Pence.

Read the rest of the story here.

Thousands Of Soldiers Have To Pay Back Bonuses To The Pentagon