Barack Obama brought Chicago style politics to Washington so here we are! I believe most of us already knew this.  Now the question becomes:  How can we nail Obama to the wall so that justice is served?

It should be interesting to see how the Democrats and their allies in the media will spin these shocking revelations, and more importantly, to watch how uninterested they are in questioning former President Barack Obama and his crooked Secretary of State Hillary Clinton about these new bombshells… –100%FedUp. 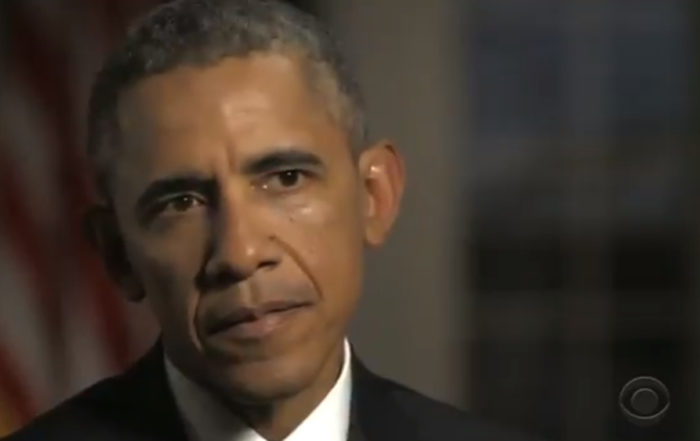 FOX News reports that newly revealed text messages between FBI paramours Peter Strzok and Lisa Page include an exchange about preparing talking points for then-FBI Director James Comey to give to President Obama, who wanted “to know everything we’re doing.”

The message, from Page to Strzok, was among thousands of texts between the lovers reviewed by Fox News. The pair both worked at one point for Special Counsel Robert Mueller’s probe of alleged collusion between the Trump campaign and Russia.

Page wrote to Strzok on Sept. 2, 2016, about prepping Comey because “potus wants to know everything we’re doing.” According to a newly released Senate report, this text raises questions about Obama’s personal involvement in the Clinton email investigation.

In texts previously revealed, Strzok and Page have shown their disdain for Republicans in general, as well as Trump, calling him a “f—ing idiot,” among other insults.

That text came from Strzok to Page on Nov. 4, 2015, the day after Jill McCabe lost a hotly contested Virginia state Senate election. Strzok said of the result, “Disappointing, but look at the district map. Loudon is being gentrified, but it’s still largely ignorant hillbillys. Good for her for running, but curious if she’s energized or never again.”

Sen. Ron Johnson, R-Wis., along with majority staff from the Senate Homeland Security and Governmental Affairs Committee, is releasing the texts, along with a report titled, “The Clinton Email Scandal and the FBI’s Investigation of it.”

The newly uncovered texts reveal a bit more about the timing of the discovery of “hundreds of thousands” of emails on former Congressman Anthony Weiner’s laptop, ultimately leading to Comey’s infamous letter to Congress just days before the 2016 presidential election.

On Sept. 28, 2016, Strzok wrote to Page, “Got called up to Andy’s [McCabe] earlier.. hundreds of thousands of emails turned over by Weiner’s atty to sdny [Southern District of New York], includes a ton of material from spouse [Huma Abedin]. Sending team up tomorrow to review… this will never end.” According to the Senate report, this text message raises questions about when FBI officials learned of emails relevant to the Hillary Clinton email investigation on the laptop belonging to Weiner, the husband to Clinton aide Huma Abedin.

It was a full month later, on Oct. 28, 2016, when Comey informed Congress that, “Due to recent developments,” the FBI was re-opening its Clinton email investigation.

Other texts show more examples of the officials’ opposition to Trump.

It’s unclear whether she was mad at her friend, or if she suddenly became aware that they, and their thousands of texts, had been discovered.

WHY BARACK OBAMA IS THE HEAD OF THE SNAKE:

The Daily Wire: A new analysis from former assistant U.S. attorney Andy McCarthy thoroughly explains how former President Barack Obama made sure that former Secretary of State Hillary Clinton was not indicted in the criminal investigation into her use of a private email server.

In his most recent column, National Review’s McCarthy argues that the decision not to indict Clinton was Obama’s call — not the FBI’s and not the Department of Justice’s — as Obama used a pseudonymous email account to communicate with Clinton on her non-secure email account.

A new analysis from former assistant U.S. attorney Andy McCarthy thoroughly explains how former President Barack Obama made sure that former Secretary of State Hillary Clinton was not indicted in the criminal investigation into her use of a private email server.

In his most recent column, National Review’s McCarthy argues that the decision not to indict Clinton was Obama’s call — not the FBI’s and not the Department of Justice’s — as Obama used a pseudonymous email account to communicate with Clinton on her non-secure email account.

Three days after Podesta’s email, Obama lied on national television during an interview with CBS about the email scandal, saying that he learned about it “the same time everybody else learned it through news reports.”

Barack Obama lied on national tv on 03/07/2015; claimed he found out about Clinton’s private email server at “the same time everybody else learned it through news reports.”

Obama communicated w/her on that server which is why she wasn’t prosecuted, b/c it would implicate him. pic.twitter.com/lttwFAN7Lg

Obama’s lie, unbeknownst to the public at the time, set off a series of panic-based reactions among his and Clinton’s aides:

Clinton campaign secretary Josh Scherwin emailed former White House Director of Communications Jennifer Palmieri: “Jen you probably have more on this but it looks like POTUS just said he found out HRC was using her personal email when he saw it on the news.”
Scherwin’s email was forwarded to Mills. Read more.