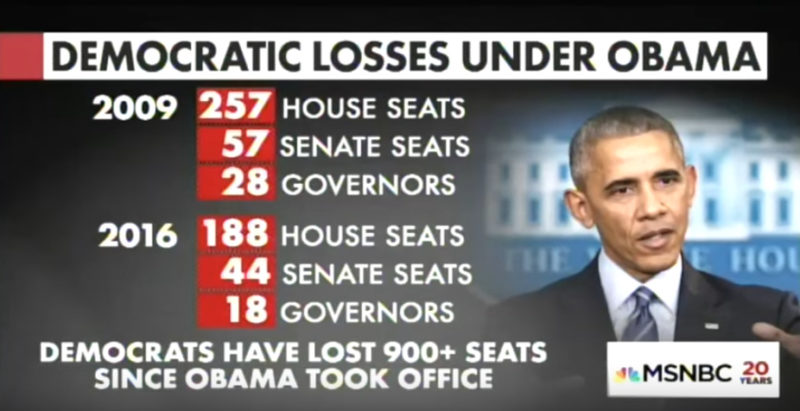 Not good enough yet. I hope they lose even more seats in the midterms!

WZ: Hilarious. That’s the first time ‘Nearer My God To Thee’ made me laugh out loud.

Thank you to President Barack Obama for leaving office with the Democratic party in ruins. The past eight years have decimated the political party at all levels.

After Obama was first elected president in 2008, he enjoyed a Democratic-controlled House of Representatives, an eventual supermajority in the Senate, and Democrats had full control of 20 state governments. The victory of “hope and change” led to comments that the Republican party was dead and in the wilderness.

Flash forward eight years and the Democratic Party is now in the wilderness. More