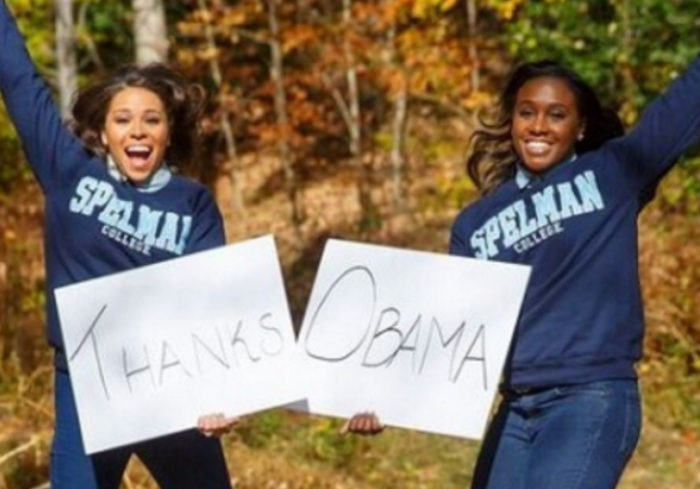 How about all who have found his Presidency a miserable failure getting together to boo? Several hundred of the clappers are also gathering at a club in D.C. called the ‘Blind Whino’. Pretty much says it all…

The idea hatched from an off-the-cuff comment to her older brother. It was months before America would elect Donald Trump as its president, and already Bejidé Davis was worried that the country hadn’t appreciated Barack Obama.

“I feel like no matter who wins in November, they are going to miss Barack Obama and I think it will take him to leave office for people to see how great he was and how effective he was. I wish I could show him grateful I am,” she recalled telling her brother. “Maybe I’ll just go to the White House and give him a round of applause.”

“You want to give the president a fifth-grade clap out?” her brother asked teasingly.

Yes, she did. And as it turned out, so did tens of thousands of others.

Davis, a 29-year-old attorney in New York City, would mention her plans casually to friends. She persuaded a few to join her in Washington on Jan. 19, the day before the inauguration, to stand outside the president’s home and clap. After Obama’s speech at the Democratic National Convention in July, Davis decided to make a formal event page on Facebook. She figured a dozen or so like-minded friends might sign up. More