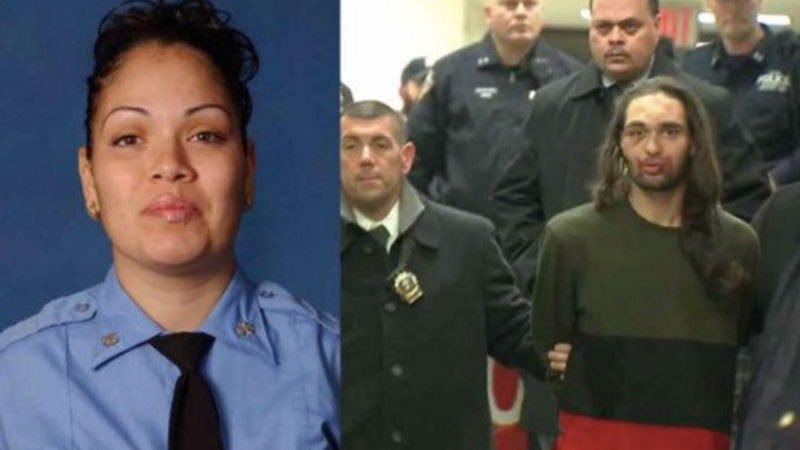 Hero ex-Marine stops a man with a long criminal history accused of stealing an ambulance and fatally striking EMT, killing a mother of five…

Our condolences to the Arroyo Family, my heart goes out to her five children. This is so senseless…

Jose Gonzalez, 25, murdered a mother of 5 last night. He has a long criminal history with 30 prior arrests, can anyone answer why he was on the streets?

Trending: Media Heads EXPLODE When Trump Calls On Clinton To Do This!

The blood is on DeBlasio’s hands! Career criminals are walking the streets with a violent history and “sealed” arrest records. THAT IS PROOF that the administration is NOT doing what is best for the civilian population. Is he an ILLEGAL being protected by politicians who support sanctuary cities?

THIS MOTHER OF 5 DESERVES ANSWERS:

The body of FDNY EMT Yadira Arroyo being carried into the Medical Examiner’s Office by fellow FDNY EMT’s:

The body of FDNY EMT Yadira Arroyo being carried into the medical examiner Office by fellow FDNY EMT’s. pic.twitter.com/HWXgu2MVt0

The NYPD identified Jose Gonzalez, 25, as the suspect who was operating the emergency vehicle and slammed into 14-year FDNY EMT veteran Yadira Arroyo and her partner Thursday night. Arroyo, a mother of five, later succumbed to her injuries and died at Jacobi Medical Center.

Moments before he’s alleged to have run over a @FDNY EMT, Jose Gonzalez was going door to door begging for money https://t.co/eJAJaTQGxi pic.twitter.com/fx9pWzE5Wz

#FDNY mourns the loss of FDNY EMT Yadira Arroyo, Station 26, who was killed in the line of duty tonight while serving our city. pic.twitter.com/b3KrzGabYE

Liberals Are So Desperate To Take Down Trump They’re Paying Big Bucks For This!