Tom Hanks: America’s “Going To Be Fine” If Trump Gets The GOP Nomination (Video) 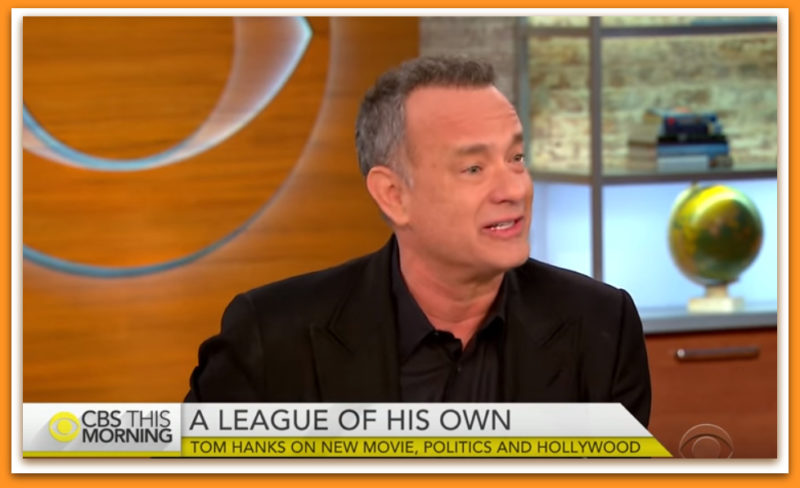 There will be an absolutely hilarious amount of crying from the Hollywood elite if Trump becomes the next president of the United States.

Oscar-winner Tom Hanks thinks America is going to be just “fine” if Donald Trump earns the GOP presidential nomination — though he adds it will be a “hilarious” and exhausting general election season if the billionaire candidate wins the Republican nomination.

“Look, America’s going to be fine,” the 59-year-old actor, who supports Hillary Clinton, said in an appearance on CBS This Morning on Thursday. “We’re the greatest, most resilient nation in the history of all of civilization. We’ll be fine. We’ve worked ourselves out of holes many, many times over and over again.”

“I have no powers of clairvoyance like you geniuses in the news media,” Hanks added. “I’m not saying he’s going to be president of the United States… What I’m saying is we are going to have the most hilarious September, October and first week of November in a very long time. And you people [the media]are going to be exhausted.” More

Tom Hanks: America’s “Going To Be Fine” If Trump Gets The GOP Nomination (Video)