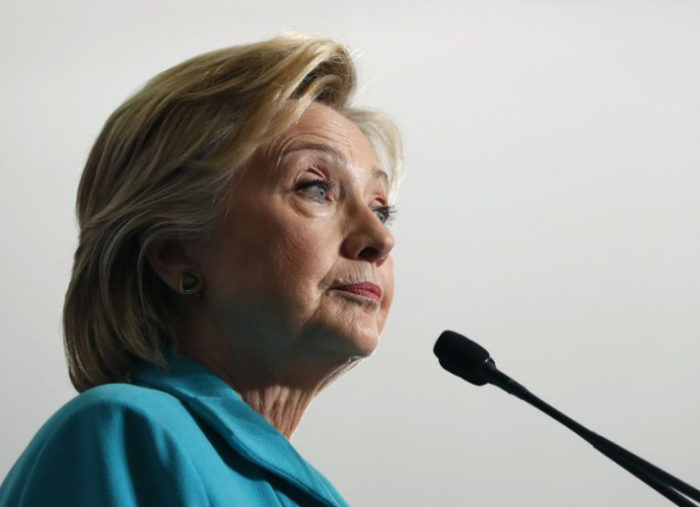 The world’s worst liar or a complete moron… Or perhaps both?

Hillary Clinton was already having a bad week as polls show Donald Trump closing the gap between them and, in a few polls, even pulling ahead. It got worse Friday after the FBI released Clinton’s answers to investigators’ questions over her use of a private email server, revealing some pretty damaging responses from the former Secretary of State.

Here are five of the most outrageous statements Clinton made in that three-and-a-half hour FBI interview:

1. She cited her 2012 concussion as the reason that she cannot remember details of briefings during her “transition out of office.”

2. She said she never even thought whether emails she exchanged on a future U.S. drone attack should be classified.

3. She said she thought the “C” before a paragraph indicated alphabetical order. The C actually stands for “classified.”

4. She said no one ever raised concerns to her about her use of a private email server.

5. She said she could not recall any training on how to handle classified information.

What’s more, Clinton aides told the FBI that the Secretary of State frequently replaced her Blackberry phone and the whereabouts of her old device would become “unknown.” The FBI report suggests there were at least 13 different devices used.

You’re going to hear on the mainstream media all weekend a lot of supposedly objective pundits insist the above revelations offer no “smoking gun.” And that may be true from a legal standpoint, but we’re in the middle of an election and these statements are poison for Clinton and cannon fodder for Donald Trump.

She conducted official State Department business while suffering from a concussion that may have impaired her memory? The report suggested she was only working for a few hours a day at the point based on doctor’s orders but if it was that bad that she couldn’t remember important briefings, she should have been on medical leave.

No. 2 stretches the limits of credulity. . More