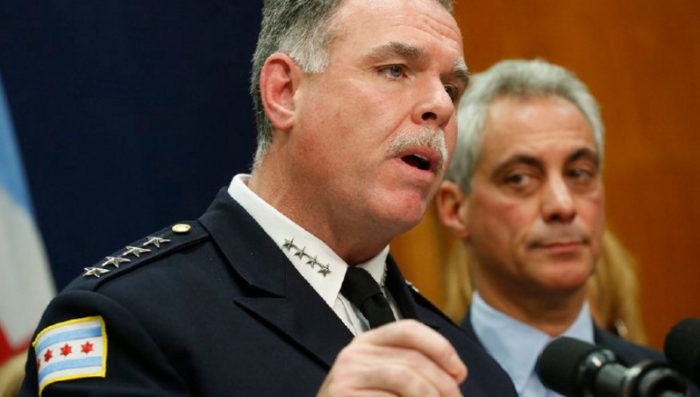 Ouch! The truth hurts… But is his little speech a day late and a dollar short? Not one liberal mayor will do anything to stop this.

Former Chicago Superintendent of Police Garry McCarthy said Sunday that the Black Lives Matter movement was ultimately responsible for rising crimes rates in his city and nationally because it was making it harder for police to do their jobs.

McCarthy said that the movement was responsible for a rise in “noncompliance” — people refusing to cooperate or surrender to police.

“What is happening is — and this is ironic — that a movement with the goal of saving black lives is at this point is getting black lives taken because 80 percent of our murder victims here in Chicago are male blacks,” McCarthy told New York radio talk show host John Catsimatidis.

McCarthy was superintendent at the time of the 2014 death of Laquan McDonald, a 17 year-old who was shot by police. Dashboard camera footage of McDonald’s death contradicted the officers’ accounts of the incident, which contended that McDonald had come at them with a knife. The resulting protests after the footage was released helped to fuel the then-growing Black Lives Matter movement. An officer in the shooting has been charged with murder. McCarthy was fired by Mayor Rahm Emanuel earlier this year. More