So, he can’t pass ANY laws that help everyday Americans, but he can pass a law that prevents this guy from being fired? He’s spending ungodly amounts of money investigating a ghost… Mueller and his cohorts are part of the Deep State Swamp.

Daily Caller: Republican Arizona Rep. Trent Franks says that Robert Mueller is in “clear violation” of federal law prohibiting a special counsel from having a conflict of interest and therefore must immediately resign as special counsel overseeing the Russia investigation.

Mueller’s reported friendship with former FBI director James Comey presents a clear conflict of interest, according to Franks, who is a senior member on the House Judiciary Committee. Federal law defines a conflict of interest as: “a personal relationship with any person substantially involved in the conduct that is the subject of the investigation or prosecution.”

“Bob Mueller is in clear violation of federal code and must resign to maintain the integrity of the investigation into alleged Russian ties. Those who worked under them have attested he and Jim Comey possess a close friendship, and they have delivered on-the-record statements effusing praise of one another,” said Franks. More

As The Gateway Pundit previously reported, POLITICO and NBC News say the South Carolina Senator is working on a bill that will have bi-partisan legislation to prevent President Trump from firing Special Counsel Robert Mueller. 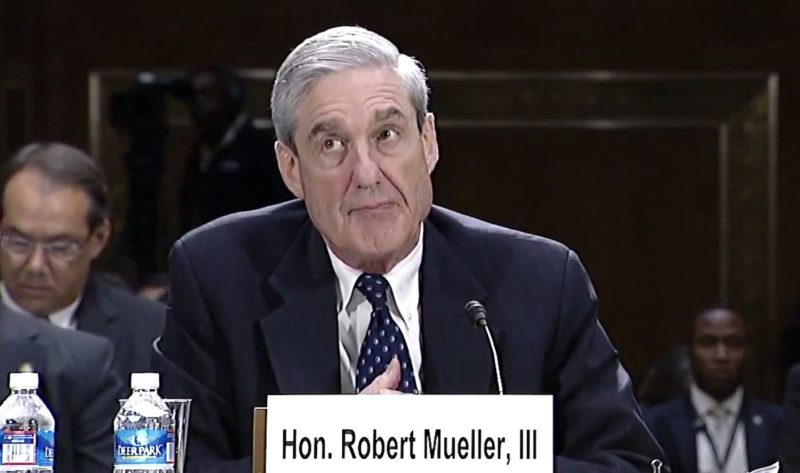 POLITICO reports: Sen. Lindsey Graham sent a sharp warning Thursday to President Donald Trump that it “could be the beginning of the end” of his presidency if he makes moves to fire special counsel Robert Mueller.

The South Carolina Republican, who in the late 1990s served as a House impeachment manager against President Bill Clinton, said Trump would be crossing a serious “red line” by ordering the ouster of the lead investigator who is probing his campaign’s ties to Russian meddling in the 2016 election.

“Any effort to go after Mueller could be the beginning of the end of the Trump presidency unless Mueller did something wrong,” Graham told reporters on Capitol Hill, where he outlined plans to introduce legislation next week that would move to block any Trump attempts to fire Mueller.

Graham said his bill — which he promised would have Republican support and “all the Democrats” — would mandate that any special counsel established to investigate either a president or his staff can’t be fired “unless you have judicial review of the firing.”

The Gateway Pundit previously reported Paul Ryan supports Mueller, saying he is as ‘anything but’ a Dem partisan.

The Washington Examiner reported that Paul Ryan spoke to Wisconsin-based radio host, Jay Weber on Monday and defended the witch hunt by Mueller, saying, “Remember, Bob Mueller is a Republican who was appointed by a Republican who served in the Republican administration who crossed over and stayed on ’til his term ended.”

“I don’t think many people are saying Bob Mueller is a biased partisan. He’s really, sort of, anything but,” Ryan continued.

“The point is we have an investigation in the House, an investigation in the Senate and a special counsel, which sort of de-politicizes this stuff and gets it out of the political theater, and that is, I think, better to get this off to the side,” Ryan said. “I think the facts will vindicate themselves, and then let’s just go do our jobs.”

Paul Ryan claimed he’s focused on the GOP agenda…which is laughable at best.

Robert Mueller has stacked his counsel with radical left-wing activist lawyers and his law firm gave 99.81% of their campaign contributions to Hillary Clinton.