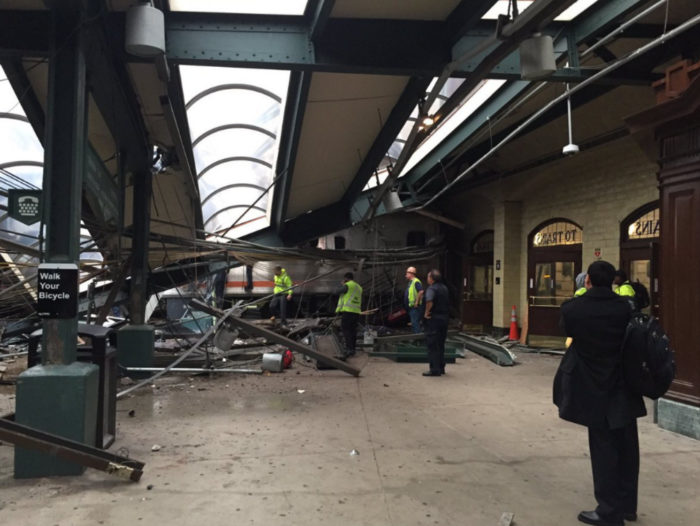 Train Crashes: Pascack Valley line that hit through the stop area into the station where multiple passengers are always waiting/moving. Prayers for those affected. 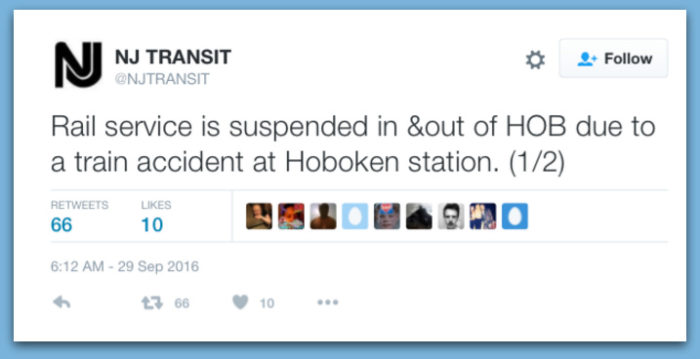 A train reportedly crashed into the train station in Hoboken, New Jersey, at around 8:30 a.m. on Thursday.

There are reports of injuries and “mass casualties” at the scene, according to a police chief who spoke to NBC New York. Pictures on social media have surfaced showing severe damage to the station.

Many police officers and firefighters were seen outside the station, some attending to injured people.

Matt Hladik, a bystander at the scene, told Business Insider that “people are trying to go about commute, but it is mass chaos with first responders and everything happening at once.”

“Apparently the train crashed right through the station,” he added. “I saw some people getting medical attention, hoping no serious injuries.”

The cause of the accident has not been immediately identified. A WFAN News anchor who witnessed the crash said that the train “simply did not stop,” and “went right through the barriers and into the reception area.” 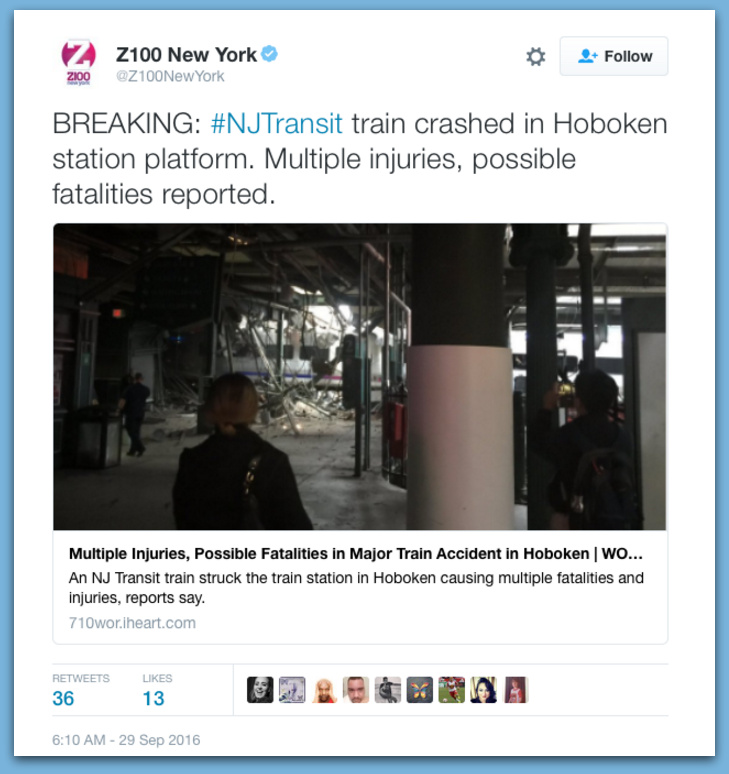