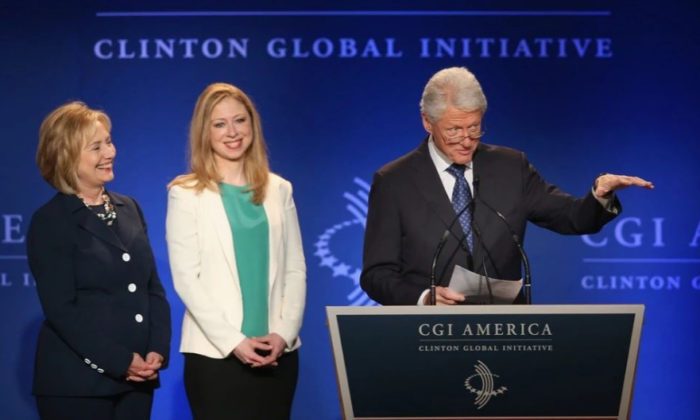 Foreign governments will be encouraged to investigate the Clinton Foundation’s finances, as many are already turning off money spigots to the scandal-scarred group, The Post has learned.

A source close to President-elect Donald Trump’s transition team told The Post that the new administration plans to pressure the US ambassadors it will name to bring up the foundation with foreign governments — and suggest they probe its ­financial dealings.

Trump said last week that he would not order an investigation of Hillary Clinton’s private e-mail server or her role in the foundation.

But Trump’s statement didn’t preclude the backroom moves to investigate the group.

“Haiti and Colombia will be key diplomatic posts for this ­because of all the money ­involved,” said the source.

In Haiti, recently leaked ­e-mails indicate “Friends of Bill” Clinton may have been given priority from the State Department as it prepared to spend some
$10 billion in aid after a devastating earthquake hit the country in 2010. The State Department has denied any special treatment.

In Colombia, Canadian mining magnate Frank Giustra pledged $100 million to the foundation in 2005 and later benefited from the foundation’s philanthropic work in the country, where he acquired large parcels of land and set up an oil business, ­according to watchdog groups.

The Clinton Foundation, headed by Donna Shalala, the former health and human services secretary in the Clinton administration, has received millions from dozens of foreign governments including Saudi Arabia, Kuwait, the Netherlands, Canada, Sweden and Ireland. More

BLM: We Must ‘Come To The Defense’ Of Castro