Thank God for that reporter that just happened to be on the tarmac and snapped that photo or this might have never come to light.

Clearly, this FBI agent was not just a Trump hater but more importantly was colluding with the Hillary Clinton campaign and the DNC to steer the election to Hillary.

An attorney for Trump and chief counsel for the ACLJ, Jay Sekulow said on his radio show Jay Sekulow Live Monday that docs reveal Trump-hating FBI agent Strzok sent an email to Comey marked ‘urgent’ over the Clinton-Lynch tarmac meeting. 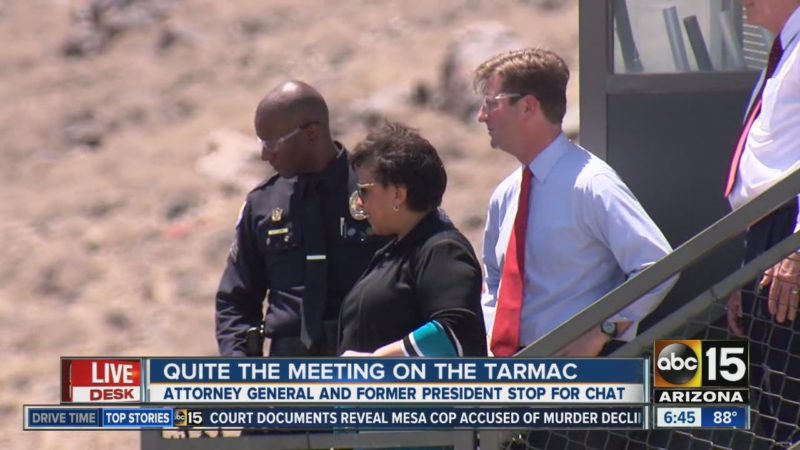 Once again we have evidence this Trump-hating FBI agent was working to protect Hillary Clinton and the Deep State.

As previously reported, Special Counsel Mueller was forced to fire top FBI agent, Peter Strzok after anti-Trump text messages were discovered. Strzok was also having an affair with another FBI lawyer.

This anti-Trump FBI agent was not only bashing Trump and praising Hillary, he was in charge of Hillary’s email investigation!

Jay Sekulow blasted the corrupt Mueller investigation as having too many conflicts of interest on his show Jay Sekulow Live Monday and brought up the Trump-hating FBI agent.

“He (Strzok) sent an email within 8 minutes of the information hitting the DOJ about the tarmac meeting. That went to people within the FBI and within 8 minutes it reached James Comey..” Sekulow said.

“It was marked ‘urgent’ and ‘high’,” Sekulow continued.

The talking points are still redacted. Sekulow said he is going to back to court to sue for more documents.

The FBI wasn’t even concerned about the scandalous meeting, all they cared about was hiding the details from the public!

FBI agents wanted to find the ‘whistleblower’ who outed the tarmac meeting to the local press. The whistleblower is believed to be a law enforcement official.

FBI official(s) write “we need to find that guy” and that the Phoenix FBI office was contacted “in an attempt to stem any further damage.” Read more at TGP.