Thank you, President Trump. No RANSOM on pallets needed to pull it off, either! See what happens when you have a president that actually cares about Americans?

BBC: Donald Trump’s administration has secured the freedom of an Egyptian-US charity worker who was detained for nearly three years in Cairo. 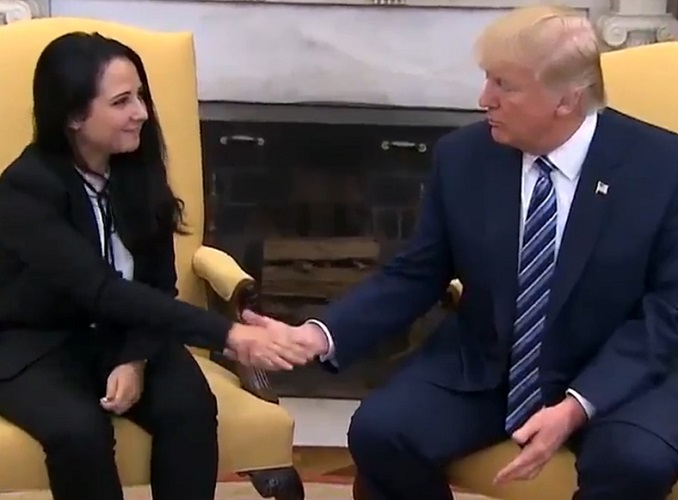 Aya Hijazi, 30, was flown back to the US on Thursday night with her family on a US government jet.

Ms Hijazi, a US citizen with dual nationality, and her Egyptian husband, Mohamed Hassanein, set up the Belady Foundation in 2013 to aid street children.

The couple were arrested a year later along with four other humanitarian workers, whose released has also been secured.

They were acquitted last Sunday of child abuse and trafficking charges that were dismissed as bogus by US officials. More

She definitely looks beyond happy to be out.

Palin Drops BOMB: Women Who Are Harassed Shouldn't Stick Around For Paycheck (Video)