Sending classified documents to her husband Anthony Weiner so he can print them. Anyone else would have already been arrested…

Huma Abedin is in more hot water as evidence comes out that she shared State Department passwords via a “wide open”  server. The account was hacked by a Russian agent! It’s so ironic that the Democrats keep pointing fingers at President Trump with claims he helped the Russians. Hillary Clinton’s State Department gave the Russians everything they needed via security breaches! –100%FedUp. 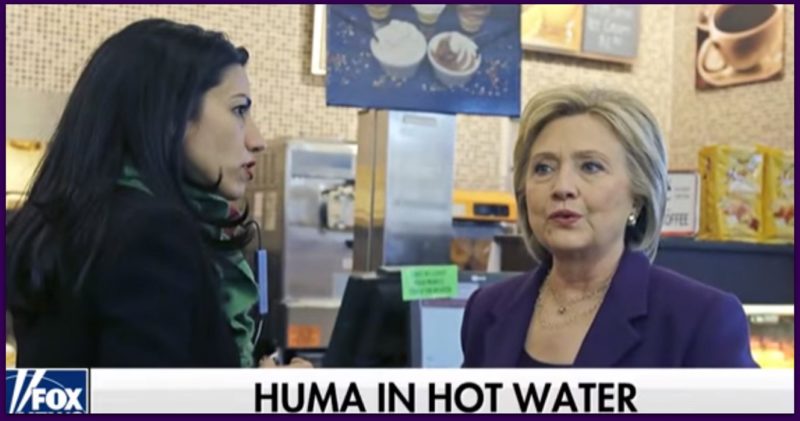 Via Luke Rosiak of The Daily Caller: Huma Abedin forwarded sensitive State Department emails, including passwords to government systems, to her personal Yahoo email account before every single Yahoo account was hacked, a Daily Caller News Foundation analysis of emails released as part of a lawsuit brought by Judicial Watch shows.

Long-time Clinton confidante Sid Blumenthal sent Clinton an email in July 2009 with the subject line: “Important. Not for circulation. You only. Sid.” The email began “CONFIDENTIAL… Re: Moscow Summit.” Abedin forwarded the email to her Yahoo address, potentially making it visible to hackers.