What’s the difference between a businessman and a politician? One does things for the right reasons and one does it for only special interests. Obama was all for special interests and whatever idea his party dreamed up. Trump, on the other hand, could care less about party affiliation it’s the America people he’s working so hard for.

Flint has been run by Democrats for decades. Only when something goes horribly wrong they want to involve Republicans. 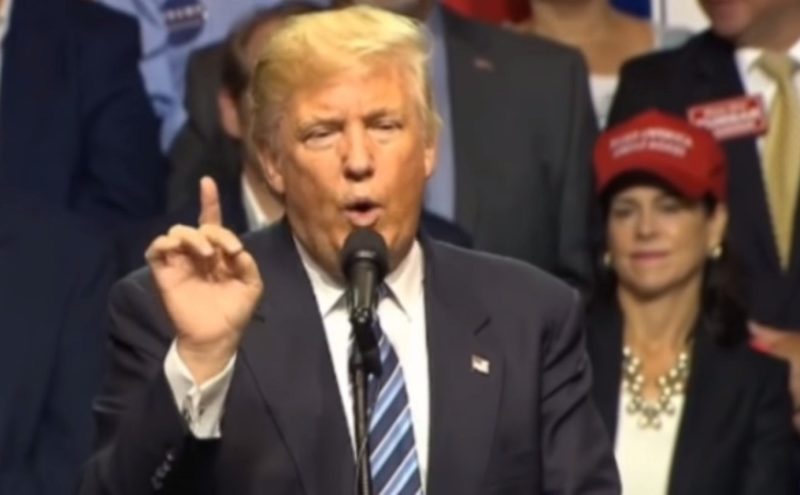 100%FedUp: Although Obama had 3 years to take action to fix the Flint water problem, President Donald Trump has managed to do it in 2 months. The EPA has just issued a $100 million grant to the city of Flint, Michigan to replace the city’s corroded and lead-polluted pipes.

Critics of President Trump have lambasted him for his proposed budget cuts at the Environmental Protection Agency, saying the cuts are proof that he doesn’t care about the environment.

Under authority granted the agency by the Water Infrastructure Improvements for the Nation Act of 2016, the EPA just issued a $100 million grant to the beleaguered city of Flint, Michigan, to help in the effort at replacing the city’s badly corroded and lead-tainted system of water pipes.

“We are excited and very grateful to receive these much-needed funds,” Flint Mayor Karen Weaver said. “The City of Flint being awarded a grant of this magnitude in such a critical time of need will be a huge benefit.”

The state of Michigan also contributed $20 million to match 20 percent of the grant.

Meanwhile, CNN continues with their anti-Trump narrative and insists that President Trump had nothing to do with the grant and that it actually came from an action that former President Barack Obama and the prior Congress took in 2016. They are clearly blind to Trump’s promise to fix the crumbling infrastructure of our country as soon as possible, something Obama never made a priority.

CNN also obsessed over Trump’s proposed 31 percent EPA budget cuts, failing to mention that the president had no intention of defunding programs to help improve the water system infrastructure.

Despite the fact that Flint has been dealing with contaminated water for three years, Obama’s EPA did not attempt to fix the problem. Now that Trump is in office, he is taking real action to make positive changes in the lives of Flint, MI citizens.

Dem State Senator Helps Pass Bill To Give Her Own Charity $1.5 Million... That Also Pays Her 6-Figure Salary