Trump Supporters Organize Their Own Rallies To Counter Protests 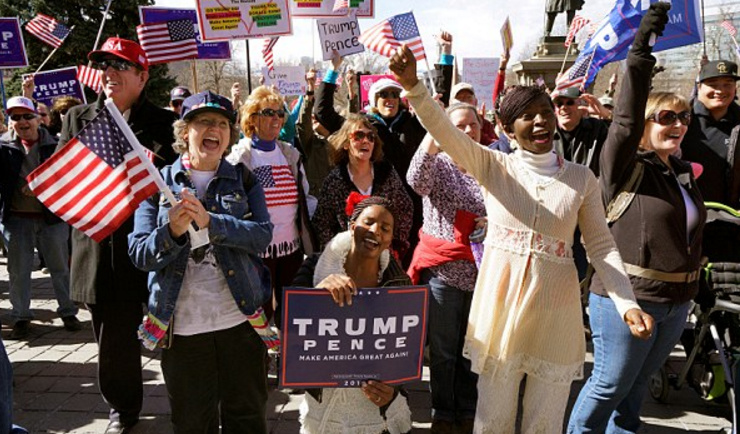 Is pointing out that a crowd is “mostly white” like it’s a bad thing in itself racist?

Supporters of US President Donald Trump were holding rallies in towns and cities across the country on Monday, partly as a rebuttal to waves of anti-Trump protests that have taken place since the Republican’s election last November.

Trump was not scheduled to appear at any of this week’s rallies. The venues range from a park in the small town of Gravette, Arkansas, to the plaza outside the Georgia State Capitol building in downtown Atlanta.

In Atlanta, a crowd of about 200 mostly white supporters gathered on an overcast day.

‘I just think we need to support our president,’ said Vivian Phillips, a 60-year-old retired schoolteacher who drove more than seven hours from her West Virginia home to attend the rally in Atlanta. More

BREAKING: President Trump Will Order EPA To Dismantle Obama-Era ‘Waters Of The US’ Rule

Trump Supporters Organize Their Own Rallies To Counter Protests