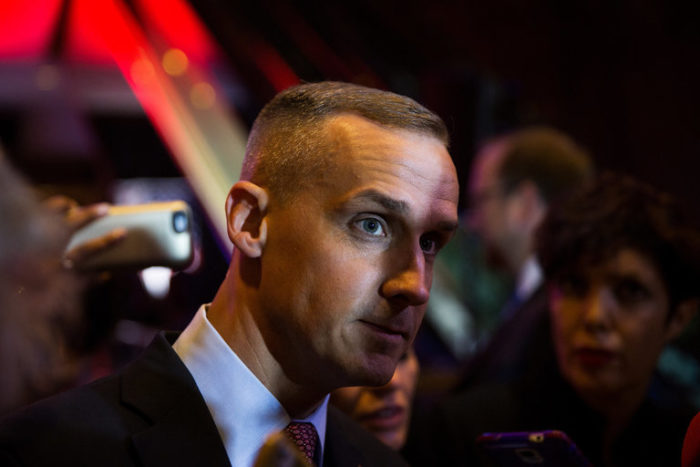 Donald J. Trump has fired his contentious campaign manager, Corey Lewandowski, a move that comes as the presumptive Republican nominee faces challenges as he heads into the general election.

Mr. Lewandowski could not immediately be reached for comment about his departure, which was announced by the campaign.

“The Donald J. Trump Campaign for President, which has set a historic record in the Republican primary having received almost 14 million votes, has today announced that Corey Lewandowski will no longer be working with the campaign,” the campaign spokeswoman, Hope Hicks, said in a statement. “The campaign is grateful to Corey for his hard work and dedication and we wish him the best in the future.”

Mr. Trump had faced increasing concerns from allies and donors, as well as his children, about the next phase of the campaign. It is a move that could reassure donors and Republicans more broadly that he can adjust toward a November election strategy.

Two people briefed on the move, who spoke on condition of anonymity, said that Mr. Lewandowski was fired.

The campaign manager was seen as having a hostile relationship with many members of the national press corps who cover Mr. Trump, and many officials at the Republican National Committee had strained relationships with him.

And Mr. Lewandowski was often at odds with Mr. Trump’s chief strategist, Paul Manafort, who was brought on in March when the candidate seemed poised for a lengthy fight over delegates.

Mr. Lewandowski was said to have resisted certain moves that would have increased the number of staff members, at times blocking Mr. Manafort from making hires or later undoing them.

But the people briefed on Mr. Lewandowski’s departure said that the circumstances went well beyond any particular episode or any particular relationship. Mr. Lewandowski had a penchant for making headlines about himself that overshadowed his boss, including being charged with misdemeanor battery, a charge later dropped, after he was accused of grabbing a reporter as she approached Mr. Trump with a question in Jupiter, Fla., on March 8, a night when the candidate won three of four Republican state primary votes. More

Up to 70% Of 'Child' Migrants In Sweden Are Really Adults