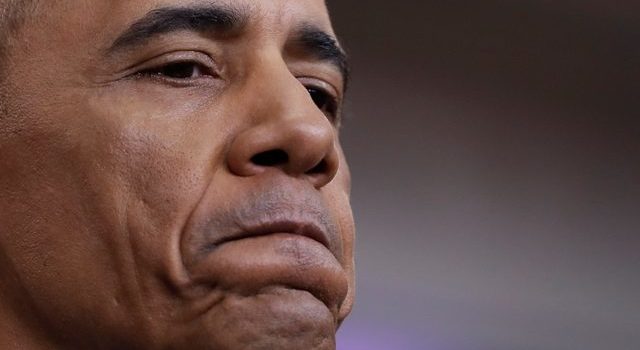 Maybe Obama and Kerry thought they could slip this past the Trump administration since it happened on the same day as the inauguration. But they were wrong.

Obama quietly gifted Palestine $221 MILLION dollars in the last hours of his presidency…slick move BUT we have a new sheriff in town! The Trump administration has just frozen the transfer of funds! It’s no secret that Obama hasn’t been a friend to Israel and this just further cements that belief…

The Trump administration has frozen Obama’s parting gift to the the Palestinians.

Former US President Barack Obama, in his waning hours, quietly released $221 million to the Palestinian Authority (PA), which Congress had been blocking.

The Trump administration announced it is freezing the move.

The State Department is reviewing the last-minute decision by former Secretary of State John Kerry to send $221 million dollars to the Palestinians.

The funds — supposedly intended for reconstruction in Gaza and good governance programs for the Palestinian Authority — were being blocked by at least two Republican lawmakers— Ed Royce (R-CA), the chairman of the House Foreign Affairs Committee, and Kay Granger (R-TX), who sits on the House Appropriations Committee — in response to Palestinian attempts to join international organizations, from which it intended to launch more international campaigns against Israel and before a peace deal with Israel.