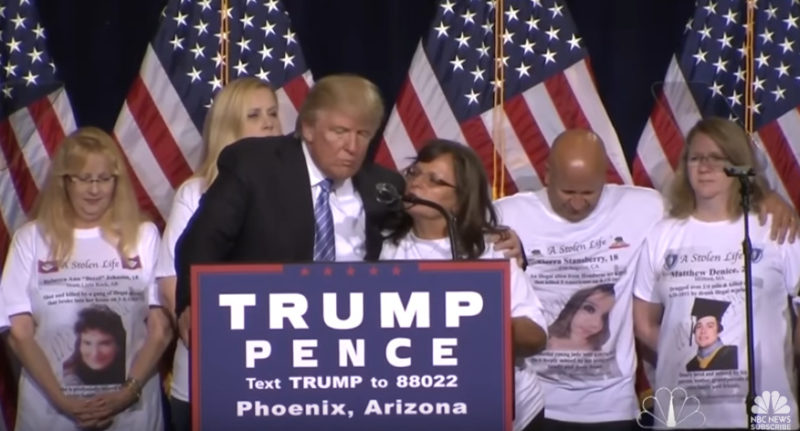 A major step in the right direction…

This is an excellent step from Trump’s administration. It surely won’t take long for the collective Left to hyperventilate over the cessation of publicly funded advocacy for illegal aliens.

Speaking from the White House briefing room Tuesday, Press Secretary Sean Spicer announced the development of a new Immigration and Customs Enforcement office focused on helping victims of crimes committed by illegal aliens. The office will also assist family members of victims and is part of President Trump’s recent executive action to bolster enforcement of immigration laws already on the books.

“This office [Victims of Immigration Crime Engagement Office] will facilitate the engagement with victims and their families to ensure questions and concerns regarding immigration enforcement efforts are addressed,” Spicer said, adding that the establishment of the office fulfills a campaign promise.