President Trump wearing the USA pin instead of that lousy G20 pin said it all.

Can you just imagine if crooked Hillary had been there at the G20 instead of President Trump? Would have the corrupt Hillary bowed down to the Saudi Arabian State Minister just like Merkel did? 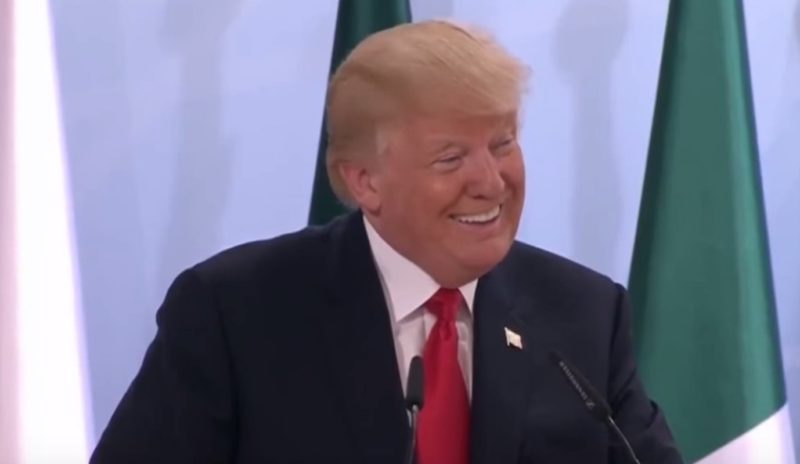 The New York Times headline made it look like Trump had a bad week.

The Times feared that the US is not isolated on the world stage. That’s what they want you to think.

You wouldn’t know President Trump had a very successful summit unless you read the foreign news.

The liberal US media won’t report it.

You have to go to foreign press to learn Trump kicked ass at #G20! Got what he wanted for America! Left H8S that! https://t.co/HNdFslcgQU

President Trump won on climate and trade and energy production.

US President Donald Trump won key concessions on climate and trade Saturday from world leaders at the most fractious G20 summit to date, in exchange for preserving the unity of the club of major industrialized and emerging economies.

In a final statement agreed by all 20 economies, 19 members including Russia, China and the European Union acknowledged Trump’s decision to go his own way on taking the US out of the 2015 Paris climate accord.

But they also accommodated Washington’s wish to “work closely with other countries to help them access and use fossil fuels more cleanly and efficiently.”

While renewing a key anti-protectionist pledge, the communique for the first time underlined the right of countries to protect their markets with “legitimate trade defense instruments.”

Such wording gives room for Trump to push on with his “America First” policy.